Just because comic book geeks love characters who wear underpants on the outside doesn’t mean they don’t know a thing about grooming or smelling great. Doesn’t mean they’re gullible to cash-ins either, but I’m sure JADS International, makers of the Avengers Cologne set, already did their research. 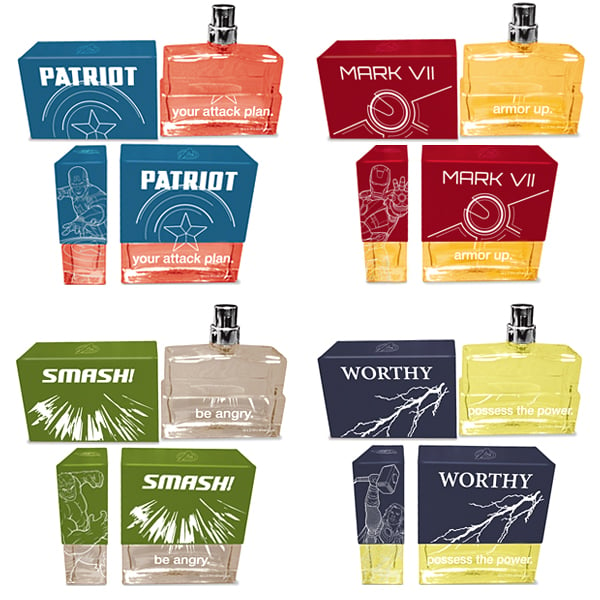 As you can see, four of the six Avengers featured in the upcoming movie have their own scent – Captain America, Iron Man, Hulk and Thor. Hawkeye and Black Widow probably don’t have their own cologne because they like to be sneaky and so they don’t want to have a distinctive scent. I have no logical alibi for the Hulk cologne, or for these Nick Fury and Loki perfumes. 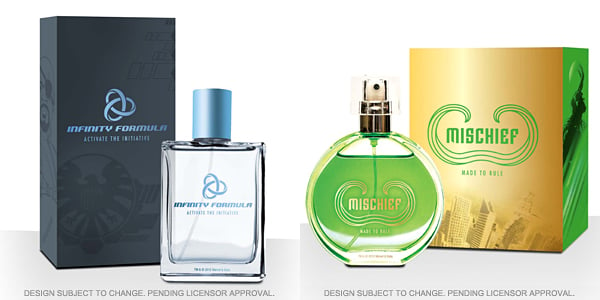 Tell Jarvis to warm up the Quinjet and head to Urban Collector to pre-order these colognes. The first four come as a set and can be yours for $47 (USD), while the Nick Fury and Loki colognes cost $32 each. Or you can get something that works every time, 60% of the time.