There’s just something extremely romantic and cool about record players. I think it’s because there are a lot of romance movies out there that have the main character put on a record and play it at the onset of a particularly romantic and sweet scene.

While these players aren’t as popular as they once were, turntables are still widely available. But this special player called “Years” by German artist Bartholomäus Traubeck is the first and only one of its kind available in the whole world. 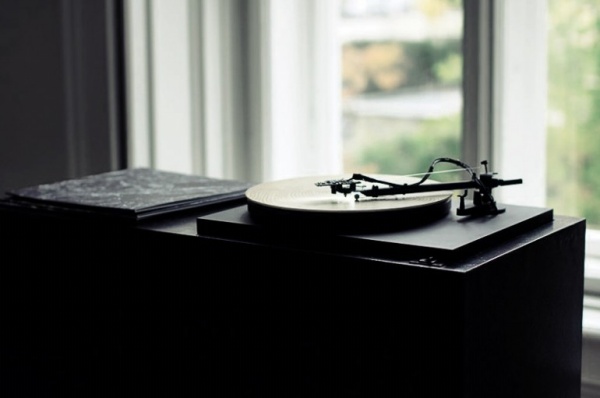 The Years turntable plays the music that takes years and years to compose – and I mean that literally. This unique record player spins cross-sections of tree trunks and translates the arrangement and pattern of the tree’s rings into sweet piano notes.

Traubeck came up with this ingenious record player using a digital camera and hooking the entire thing up with computer software.

He basically took a turntable and modified it so that its tonearm could hold a digital camera and light in place of where the needle usually is. As the thick block of wood turns, the camera scans the the rings for their thickness, growth rate, texture, and overall color tone. This data is then fed into the computer software, which fits the information onto a musical scale. The final result? Sweet music – au naturale.