Whether you’re into Doctor Who or Star Wars (or both) – there’s a new way for you to secure your small valuables. These new digital “smartsafes” were spotted during the 2012 UK Toy Fair, and they look pretty nifty. 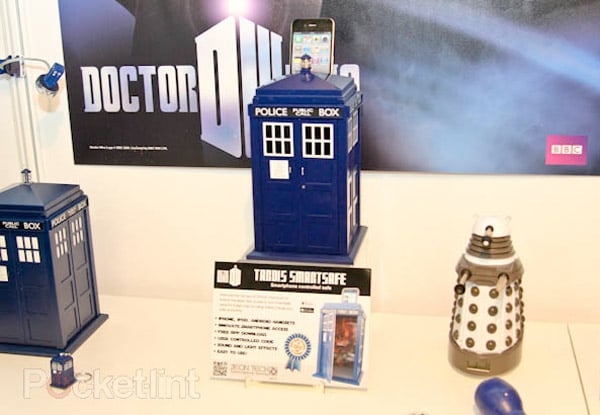 For starters, there’s a safe that looks just like the TARDIS, complete with all the appropriate blue Police Box details, including a flashing blue light on the roof. It looks like it’s a pretty decent size, and could hold small, but precious things like coins, jewelry or even small documents. Of course, there’s no telling if they might get transported to some other time or dimension once you put them in there and shut the door. 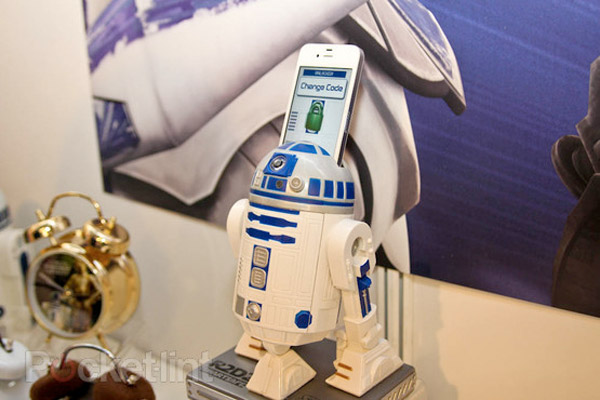 Star Wars fans can skip the TARDIS and go straight for the R2-D2 safe, which finally proves that there wasn’t actually a little person inside of the droid, but a hollow storage compartment perfect for holding onto your precious galactic credits and other goodies. 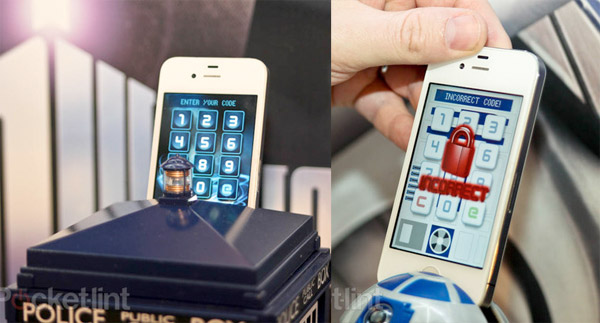 Each safe locks using an app which runs on your iPhone, iPod Touch or Android phone which outputs a series of blinking lights when docked – so your only key is a mobile device with your code keyed in. Of course, the biggest problem with small safes like these is that if a criminal really wanted what was inside, they could just pick it up and crack it open with a lightsaber, a sonic blaster, or a ball-peen hammer.

Both safes both come from UK watch and gadget company Zeon, and are expected in stores sometime around June.