History was made when President Barack Obama was elected as the President of the United States in 2008. I still remember that day like it was yesterday. And now here we are in 2012, with the U.S. Presidential elections coming up in a few months.

On a totally unrelated note to politics, the President as the Incredible Hulk is the last thing I ever thought I’d see. But here it is, in all it’s hulky massiveness: Barack Obama as the Hulk. 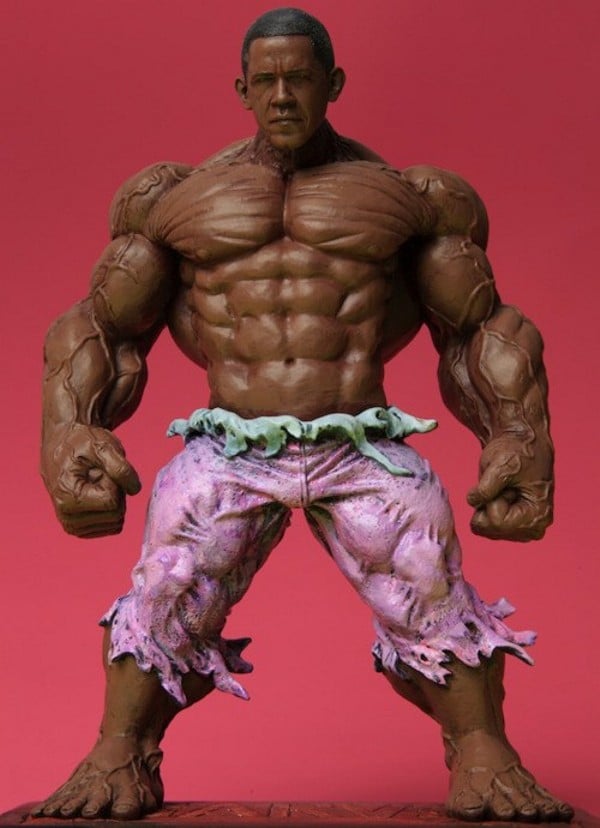 The figure was created by Ron English, a well-known artist creates awesome works of art for a living. Unsurprisingly, his Joe Biden action figure is nowhere to be found.

[Animal via TDW via Obvious Winner]