Fans of the Google Android platform have a new way to celebrate their love for Android’s familiar green mascot. By putting it on their wrists. Sadly, these watches don’t interact with your Android smartphone, they just feature Google’s Android mascot on the watch face. 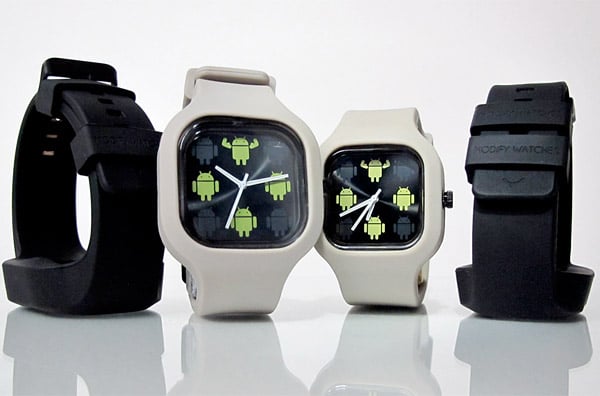 These watches come from a collaboration between Google and Modify Watches. Aside from these Android versions they also have watches that feature Google’s Chrome logo and the Google logo. So Google fans are well covered.

Modify Watches are built so you can mix-and-match faces and straps to create the watch the way you like it. You can buy one now for now for $59.95(USD) from the Google store. I like the Android mascot myself, but that seems a bit steep for branding my wrist with a no-frills watch. If you beg to differ, head over to the Google store and buy one.