If you see a guy with a thick belt around his waist making some weird hip movements and thrusting in random directions, don’t immediately dismiss him as being some weird pervert who has nothing better to do with his life just yet. Because you never know, he might just be trying out his LikeBelt. 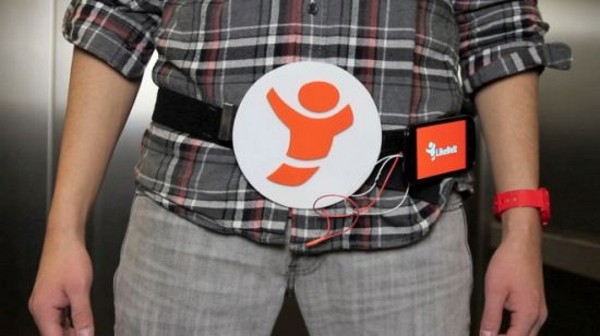 The LikeBelt is a concept gadget that lets you update your Facebook status on the go with just a simple thrust. Basically, it employs Near Field Communication (NFC) technology so you can send out updates when you get close enough by thrusting the belt towards an object or a person with the appropriate RFID tag on them.

However, by “close enough,” we actually mean around two inches or so, so be careful where you thrust that belt towards.

[via Wired Gadget Lab via Dvice]