Nooka definitely make some cool digital watches. They combine design with a sort of minimalistic appeal. This new one, the Zub Zibi Zirc, fits snug and has an very simple profile. I think from its looks, it’s intended to appeal to a different customer than their other watches, which have a tendency to be fairly masculine in style. 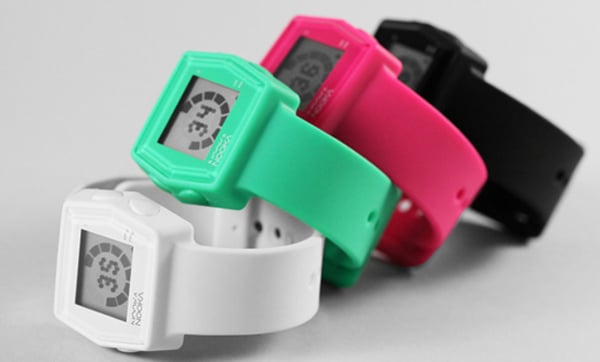 While Nooka haven’t said that this watch was specifically made for women and/or kids, I think they’ve been able to broaden the appeal of their line with these watches. Each one is wrapped in a bold polyurethane body, with an integrated watchband and a simple “button” clasp to cut down on mechanical parts. The LCD watch face is framed under a faceted gem-cut lens and the display shows the minutes surrounded by a circle with twelve partitions, each representing an hour. 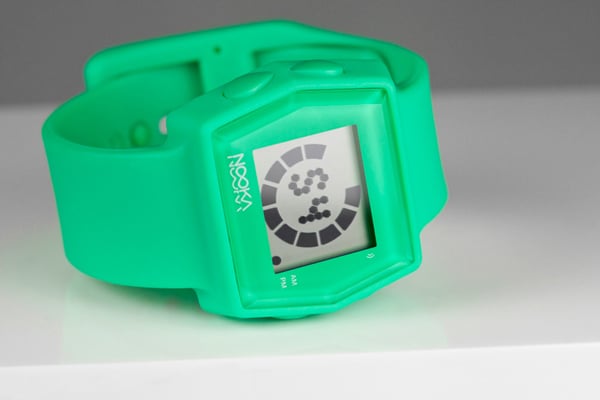 It’s definitely not as hard to decipher as some of the other digital watches out there, so it should be no problem telling the time at a glance. Now saying its name… that’s another story altogether. 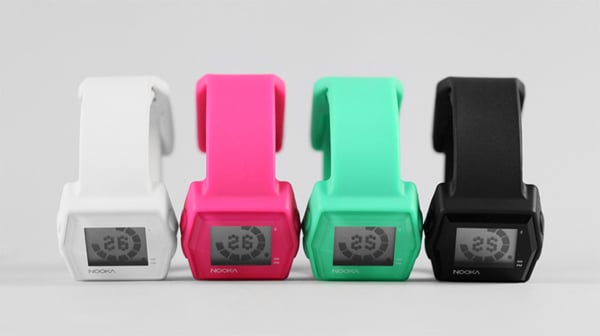 You can the Nooka Zub Zibi Zirc from Nooka for $80(USD) in four different colors. 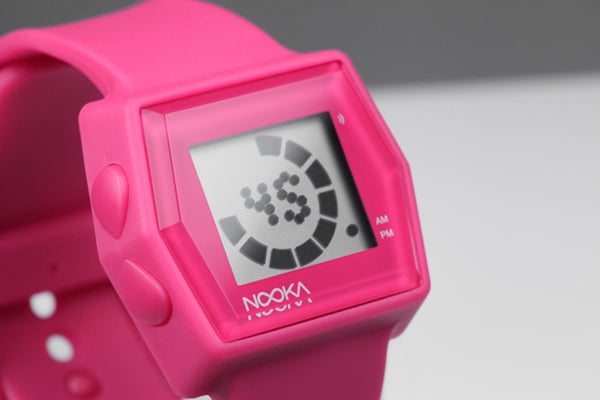