The Zombie Brains Friendship Necklace Set signifies so much more than your friendship with a fellow flesh-eater. It shows that you would be willing to give half of your brain to another zombie and take half of theirs in return. Not that it really matters, anyway – you’re both knuckleheads who don’t have girlfriends to share your Zombie Brains Friendship Necklace Set with. It is only socially acceptable for girls to have friendship necklaces with other girls – guys usually don’t do that kind of thing. Guys usually don’t have necklaces that spell B-R-A-I-N-S, though, so we might be able to make an exception.

Also, to the rule that you can’t wear masks at work, you can wear the LED Anti-Aging Mask. We’re only making an exception because someone tripped on your face sag a couple of days ago, and now the company is facing lawsuits. THEY TRIPPED ON YOUR FACE SAG. How does that even happen?! But I digress. 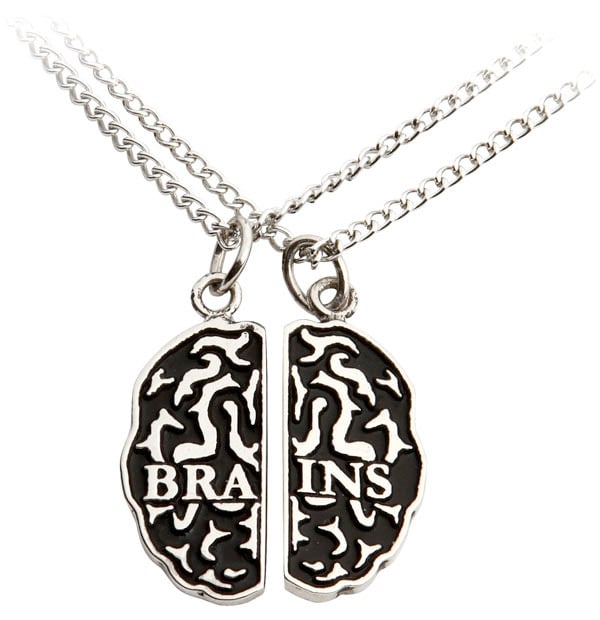 The Zombie Brains Friendship Necklace Set is from ThinkGeek, and is $30. don’t think of it as $30, think of it as buying two $15 necklaces. Because that’s exactly what you’re doing! This has been a journey into Derp land, please step off of the ride and keep your hands and feet inside the vehicle. *Revs up bone saw* I see only one way that I am going to be able to leave and follow the directions. Good thing I’m a zombie, or this would hurt like a bone saw! Because it is a bone saw! “Where did you even get one of those?” The internet. 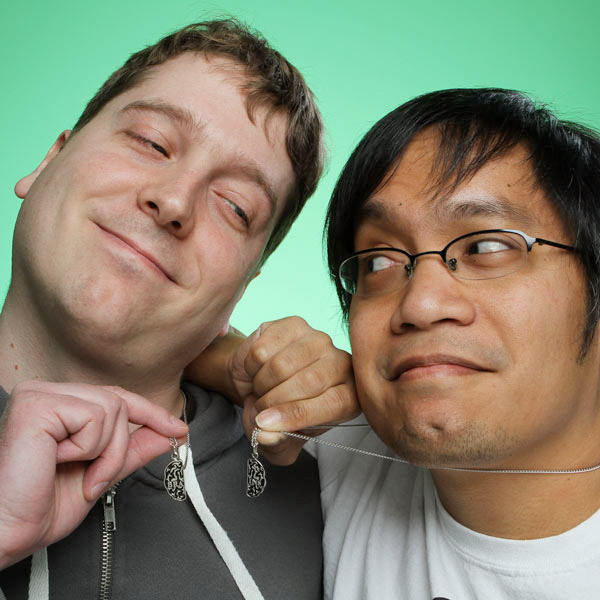 If you’d like to throw your money at someone, please visit your local school at Penny the Freshmen day. If you would like to throw money at the Zombie Brains Friendship Necklace Set, go ahead and pogo jump yourself all the way over to ThinkGeek.

If you liked the Zombie Brains Friendship Necklace Set, you’re might also to want to check out the edible gummi brain and the Plants Vs. Zombies Cake. 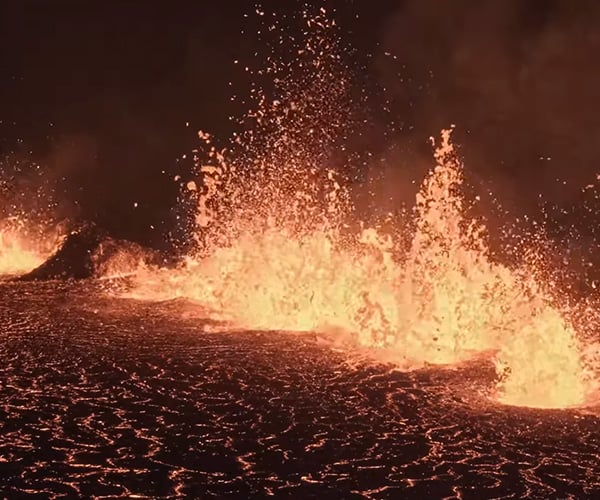