Dogs and Robot Snakes to Team Up for Rescue Missions

Dogs are pretty good at rescue operations. They can be trained to sniff out survivors in a disaster area and they can traverse some terrain that humans can’t in half the time. However even dogs have problems in some situations. What dogs need are little robot buddies that they can deploy. Like robot snakes. 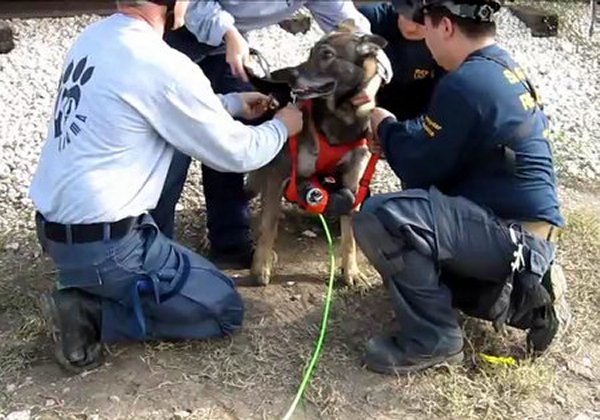 Lets say that the dog encounters a tough obstacle. Not a problem. He just deploys a robot snake to do the job. Now you have dogs, humans and robot snakes on the job. That combo should cover more ground and thus save more lives.

That’s the thinking behind this unusual project from Carnegie Mellon University’s Biorobotics Lab who have teamed up with Ryerson University’s Network-Centric Applied Research Team (NCART) Lab. This tactic has a lot of promise. Plus, the idea of dogs deploying robot snakes is just plain cool.