If you own a smart phone and have any game apps on the device at all, odds are one of those game apps is Angry Birds. That is the single most popular game of just about any mobile platform ever, and rightly so since the game is so fun. Developer Rovio has announced that the game is coming to Facebook next month. 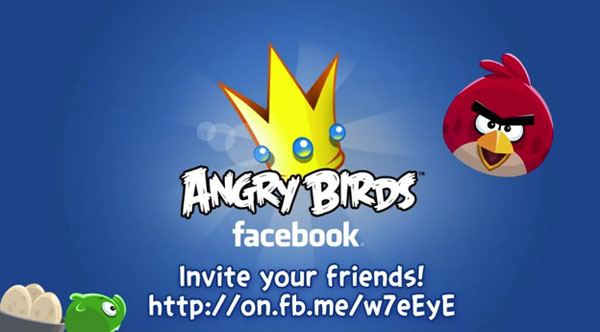 When Angry Birds hits Facebook, it will have some new tweaks compared to the mobile versions and will be a much different experience for players. Rovio is being coy with the details, but the developers have said the new game will be much more collaborative for players. I assume that means that you will be able to invite friends to play with you.

One the most interesting tidbits is that the game will be more focused on the pigs on the Facebook version. That makes me hope that what they’re talking about is maybe the friends you invite play Angry Birds on Facebook with you will be able to play as the pigs and even build out your own levels. That would be pretty awesome.