Unreleased Game Boy Color Port of Resident Evil Can Be Ours for $2,000

Thanks to Kickstarter, we’ve become accustomed to constantly seeing fundraisers for new technology and promising gadgets. But a fundraiser at gaming forum Assembler is for an old, unfinished and possibly horrible piece of software: two copies of the Game Boy Color version of Resident Evil. The original hasn’t aged well and that was released on the PlayStation, so… brace yourself. 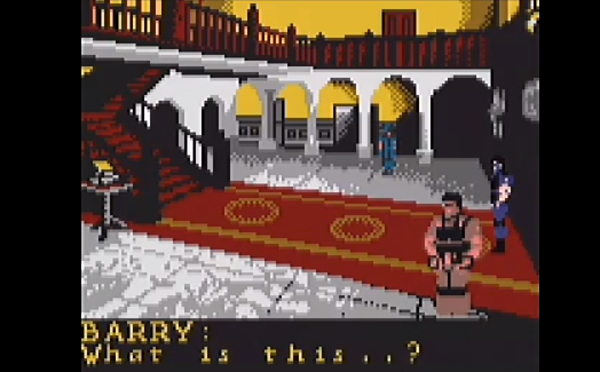 That’s a good question Barry. The Resident Evil Wiki says that Capcom decided not to release this port because of poor quality. Then late last year an Assembler forum member named kiff claimed to be in contact with someone who has two cartridges containing unfinished builds of the canned game. That someone will be kind enough to upload the contents of said carts online for public consumption, but not kind enough to do it for free. The person is asking for $2,000 (USD), hence the fundraiser. Here’s some gameplay footage of the port, uploaded back in 2007 by YouTuber Dot50Cal.

Jill looks like a monster herself. If that wasn’t horrifying enough, remember that these are unfinished copies we’re talking about. They have significant glitches and missing content, such as non-functioning enemies and weapons. Kiff also said of one of the builds, “I am not 100% if any of the endings work.” And yet as of this writing kiff has raised nearly $1,500 with almost a month to go, so there’s a good chance that these builds will be released.

Then again the donors to the fundraiser are probably less excited about playing the game than the thought of virtually digging up a relic from a bygone generation. Head to Assembler if you’d like to donate as well. I wonder what the original developers think about this.