You never know what a geek is going to get up to with some old hardware on their hands and a little bit of time. Rodrigo Alonso had some donated, chopped up computer parts that were left over from obsolete machine, along with some whole computer mice and keyboards. He combined the parts with some clear resin to make something really cool. 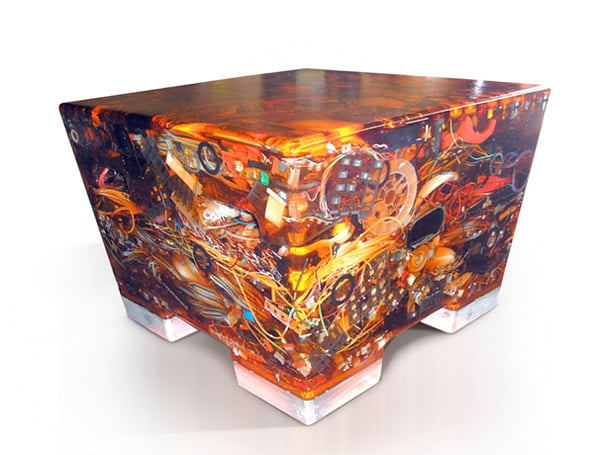 Rodrigo took the old computer parts and layered them into a mold, and then poured in a mixture of resin and some sort of melted aluminum. The finished product is called the N+ew Stool. I’m sure that resin is hard and not particularly comfortable to sit on, but these may still be some of the coolest stools ever. 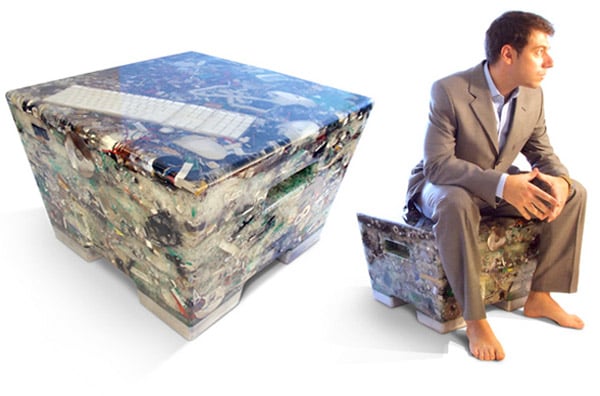 It’s hard to tell from these pictures, but I wonder if some of the computer parts stick out from the sides of the stool, or if he managed to keep the edges smooth. The parts look awful close to the sides. 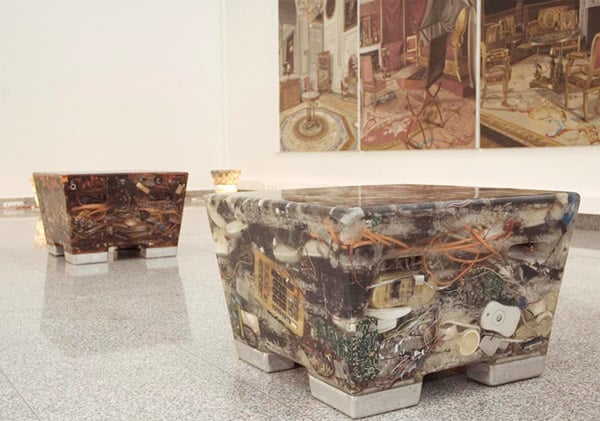 The stools are a limited-edition and it’s not clear if you can buy them or what the price would be to get your own. I would think looking at the stools if you have a bunch of old computer parts lying around, can build your own form, and can get your hands on resin you could probably make one of these yourself. 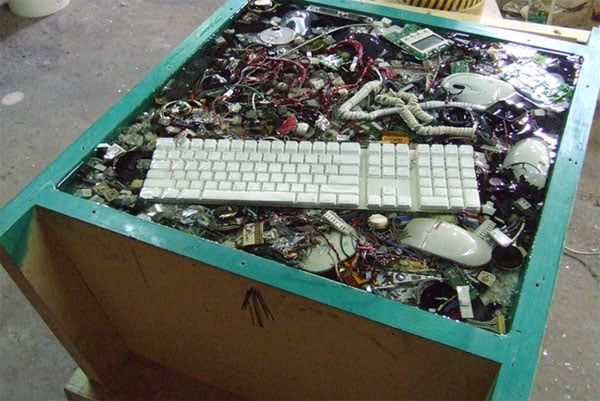