Sudoku Watch: Solve the Puzzle to Tell the Time

I love math – I mean, I had to, given I went through at least two math subjects every semester when I was still in college. That said, I enjoy solving the occasional Sudoku puzzle or two when I have the time to spare. It takes me a while to work each puzzle out. So the thought of solving a puzzle when I want to check what time of day it is isn’t very appealing.

That’s what I initially thought of Tokyoflash Design Studio’s Sudoku Puzzle Watch Concept, but you don’t actually have to solve the entire puzzle from scratch with the watch – just a small portion of it. 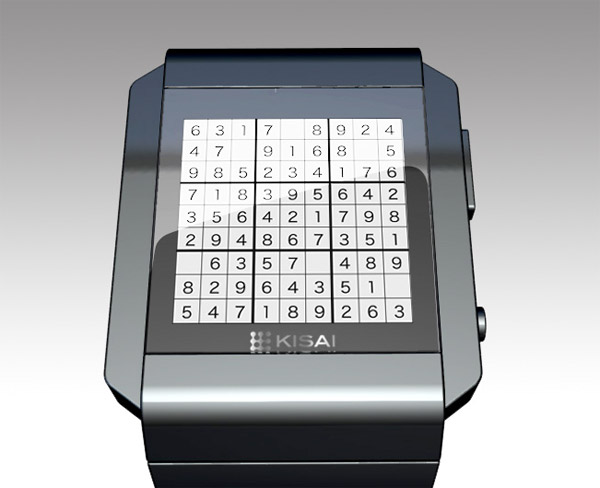 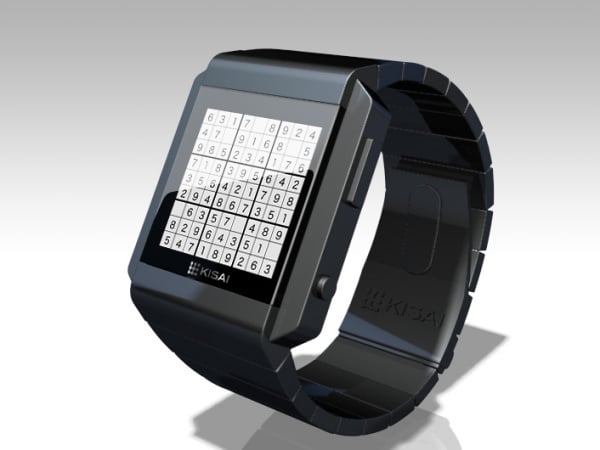 The design itself is easy to understand enough: the face of the watch is actually a digital display showing a Sudoku puzzle grid. At least two grids from each column will have two blank spaces each. Just fill each grid up with the missing digit from 1 to 9, and you’ve got your answer. Once you figure it out, read the figures from left to right to figure out what time it is. 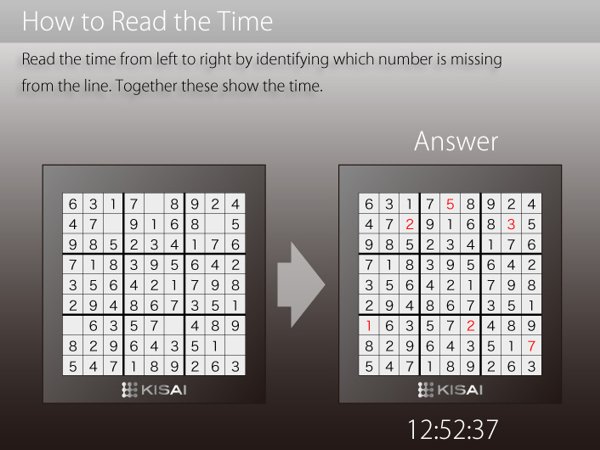 The Sudoku Watch Concept seems pretty complicated at first glance, but it’s a whole lot simpler than you think – especially if you’re used to solving Sudoku puzzles. And if it gets made, I’d definitely want to get my hands on one.