Bioshock Beer: Is a Man Not Entitled to the Sweat of His Brow?

Fresh from Ryan Industries comes a craft beer that goes well with apocalyptic retro first person shooters. It is appropriately called Brow Sweat and is made by home craft brewer Calum. 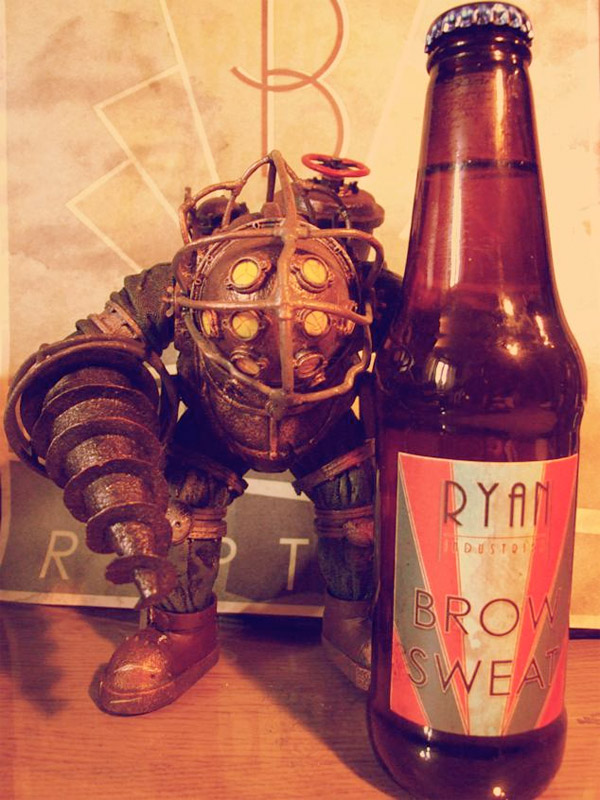 It’s a pale ale with an authentic Ryan Industries label. When you find yourself under the sea, get into the bottle. After a long hard day at Rapture, it turns out that a man really is entitled to the sweat of his brow. While your up getting some plasmids, would you kindly please grab me a beer from the fridge? 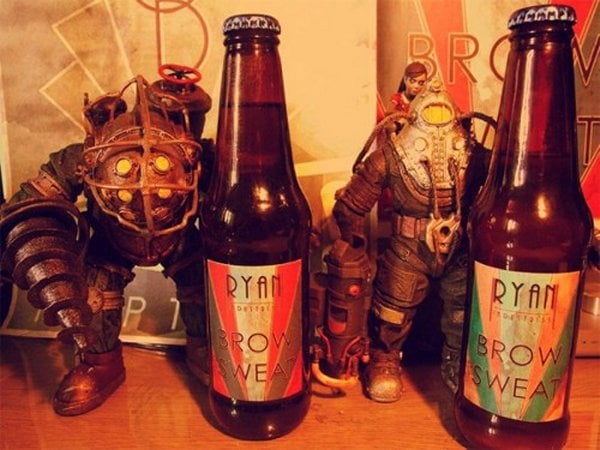 It was apparently created for a post-apocalyptic themed party. I can only imagine that there were several hulking and drunk Big Daddies tumbling about drunk, breaking everything in sight.