Cathedrals, in themselves, are magnificent sights to behold. Each tile, window, or pillar speaks volumes about its history and how the structure itself came to be. Aside from serving as places of worship for some religions, they’re also where special occasions like baptisms, weddings, and other ceremonies are held. 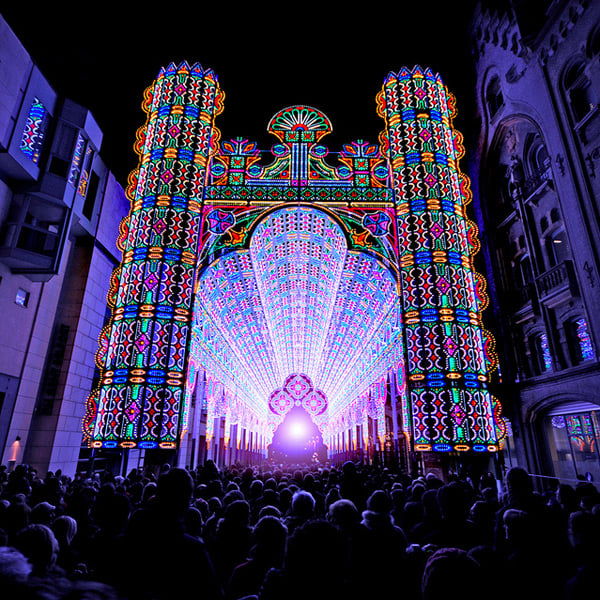 With Luminarie De Cagna’s cathedral however, it’s not so much on the culture or intricacies. Instead, it’s all about the light. And not the light streaming in from the stained glass windows as you’d expect from other cathedrals, either. What I mean is the light that’s emanating from the 55,000 LED lights that make up this massively beautiful structure. 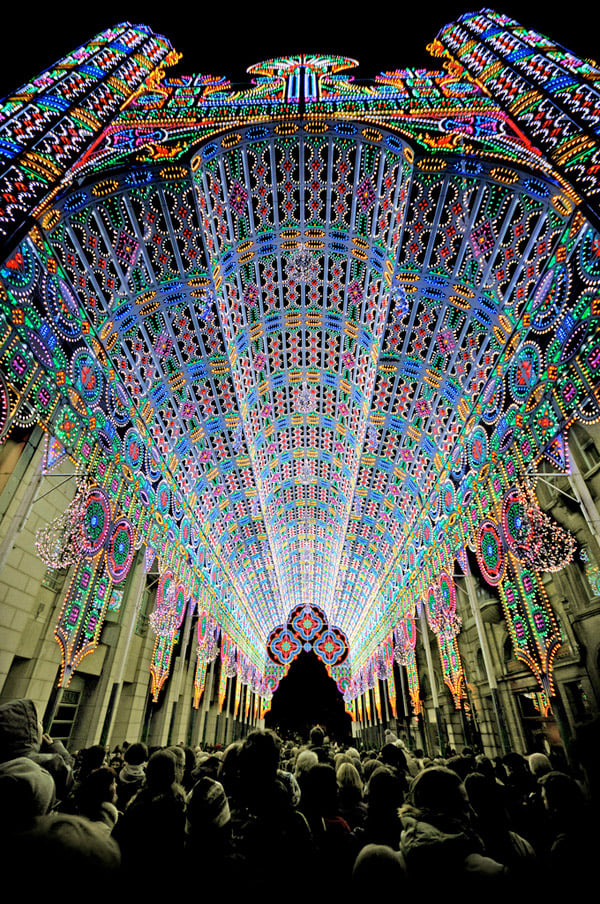 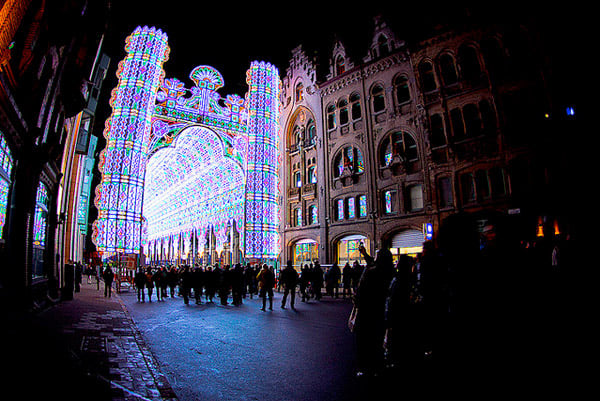 Luminarie De Cagna built this structure that was unveiled and put on display in the recent 2012 Light Festival that was held in Ghent, Belgium. The cathedral of lights stood at an impressive 28 meters and was truly a sight to behold. 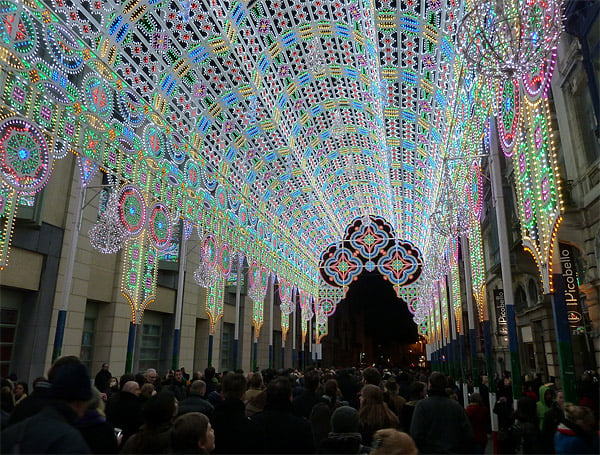