Olly and Molly: Smell and Taste Your Tweets

People are always trying to figure out ways to make the internet more tangible, and one of the more common ways to do this is to build devices that interact with Twitter or Facebook in some way. In this case, we have a pair of devices which let you smell or taste your tweets (and other online messages.) 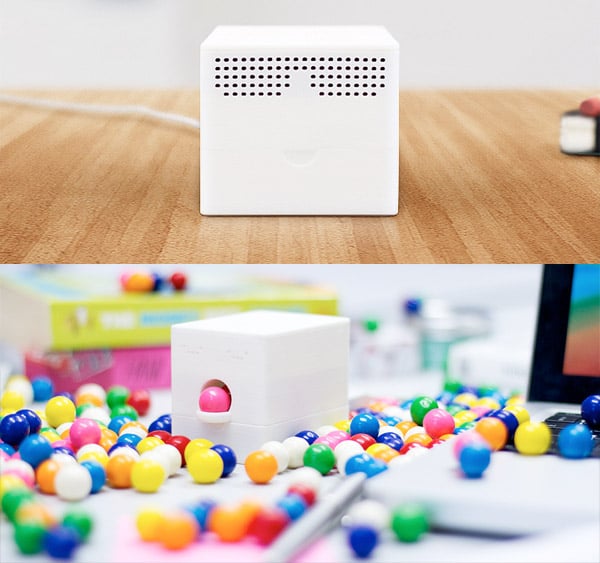 Designed by Benjamin Redford and the OllyFactory (get it?). Olly and Molly are USB-connected, Arduino-powered gadgets which notify you when you have a new message by letting you follow your nose or taste buds. Olly is the smelly one of the pair – and can be filled with a scented oil of your choice – and then emit an aroma as a notification. You can even stack up multiple Ollies so you can have different digital events trigger different smells.

Molly isn’t stinky at all. This little bot holds onto some little candies, and drops one into its little bin whenever your tweets gets retweeted a pre-set number of times. Though it doesn’t look like it can hold too many candies – which is good if you get a lot of retweets. You wouldn’t want to start gaining weight from Twitter now? That’s all we need now.

Both Olly and Molly are raising funds now over on Kickstarter – and they still have a ways to go if you’d like one. The fundraising ends on Feb. 10, and still needs to raise another $27,000 of its $35,000 goal. A pledge of $50 or more gets you an Olly, and $55 or more gets you a Molly. Higher pledges will result in various combos of Ollies and Mollies, as well as the ability to customize the look of yours.