Guy Proposes with a Pokémon Card

I know that the Pokémon slogan is “Gotta catch ’em all”, but I didn’t think that included women. Check out how one clever geek proposed to his girlfriend. 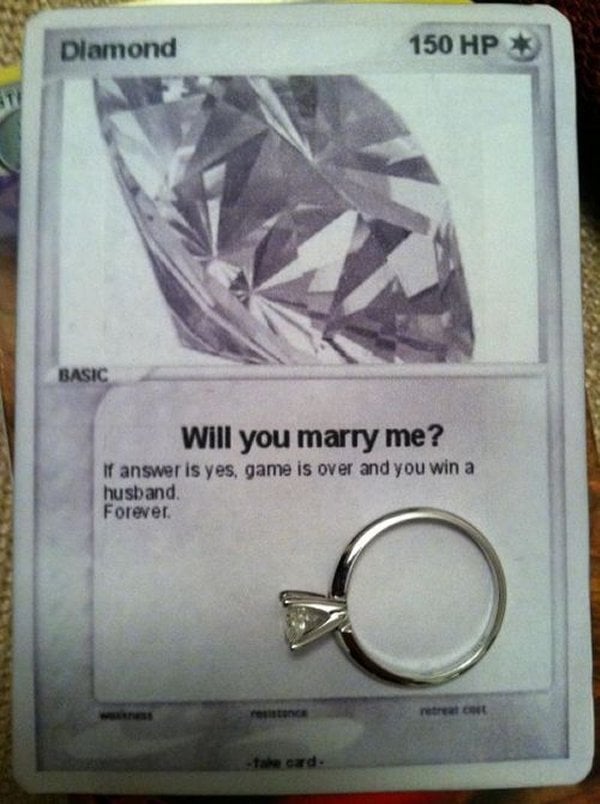 Apparently they both enjoy the Pokémon card game, so he made a special card and attached a ring, though I’m not sure how he fit it in the deck. There isn’t a whole lot of info aside from that, but you gotta love his style.

I’m just hoping this little fiasco doesn’t include catching her in a Pokéball afterwards, for her sake. I’ve never played the Pokémon card game myself, but 150 HP? Does marriage half that? Anyhow, if you ever want to marry your card gaming partner, this is the way you do it.

[via AMIE via Fashionably Geek]