Want to get all turn-of-last-century on your Twitter friends? The Tworse Key is Arduino-powered and while it may not be the most effective way to tweet, it does allow you to do it in old time style. 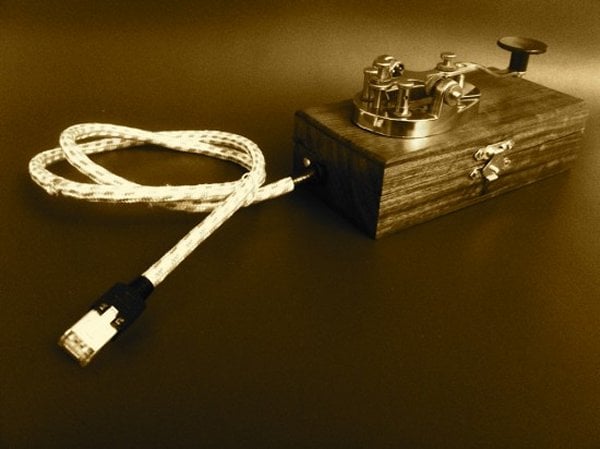 All you need to do to tweet with it is plug it into an Ethernet port and you are good to go. You also have to know morse code, of course. Either that or just type nonsense.

Martin Kaltenbrunner is responsible for this backwards technology. He enjoys “hooking up cool old things to cool new things because it’s cool.” I agree. If you want to try your hand at making one, you can find some instructions here. Maybe you can open up your own Twitter telegraph office.

[via Hack a Day via Geekosystem]