Last year, Nintendo and Japanese developer Tecmo Koei threw Pokémon fans a curveball when they announced that the popular series will have a crossover tactical RPG for the Nintendo DS. It’s not such a bad or radical idea if you think about it, but if Pokémon is going to evolve into another type of game, this project by a dedicated fan makes much more sense. It’s called Type Wild, and it’s a 2D fighter. 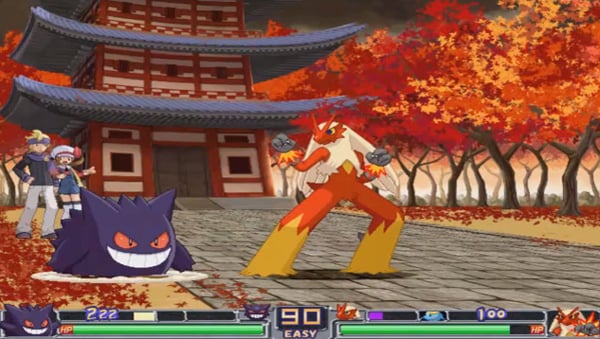 I’m not a Pokémon addict but I think it’s fair to say that this is something that fans of the series will pay to play. The main Pokémon games mostly feature static battle animations, so to have the monsters’ moves fully animated is an enticing proposition. Type Wild has nine fighters with movesets similar to Street Fighter characters. Here’s a demo video uploaded by YouTuber BlameTruth:

I have no idea why an official version of this game doesn’t exist. . Commenter pandafrag summoned another page of the Type Wild website and it’s super effective – it seems that the game is still being updated. This download link still leads to the latest version. Like most PC games, Type Wild only works with Windows. Maybe someone can come up with a Digimon brawler for OS X.

[via Pokésho via Game Informer]