We told you the other day about some upcoming LEGO Lord of the Rings minifigs and playsets on the way, and now we have some official images of the complete minifig collection, courtesy of the fine folks at LEGO (after a bit of Photoshop slicing-and-dicing to fit them all here.) 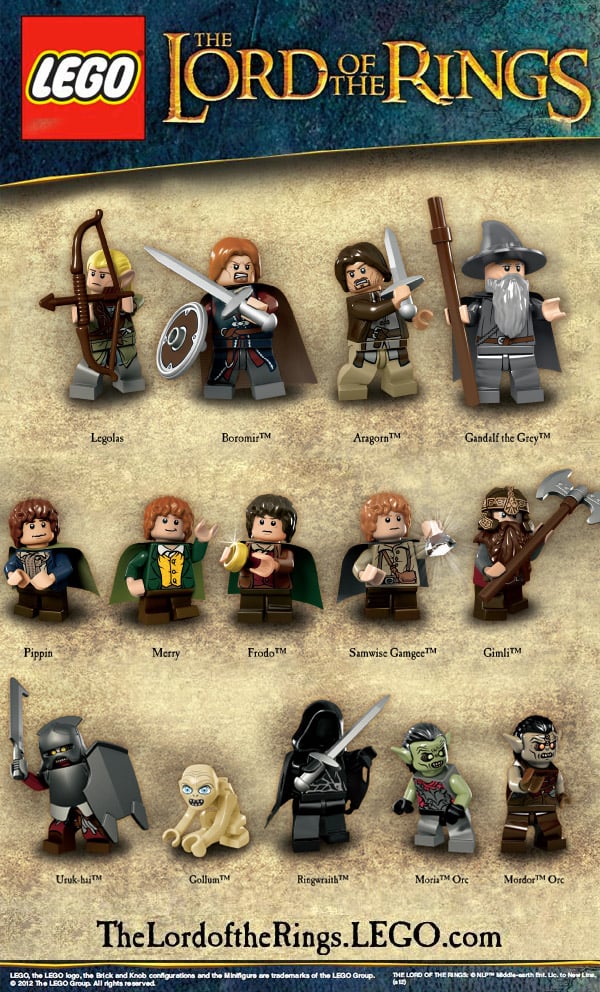 We already got to see some close up pics last time of Frodo, Legolas and Aragorn, but everyone else was pretty hard to make out. Now we get to see the entire collection, and they look pretty awesome. I especially love the Ringwraith – just give him a lightsaber and a face, and he’s Darth Vader. Those orcs are pretty cool too.

After seeing the Ultimate Factories special on how complicated and costly it is to make completely new LEGO molds, I really have a new appreciation for the pièce de résistance – Gollum. Here he is in all his glory. No CGI, No Andy Serkis. Just 100% LEGO: 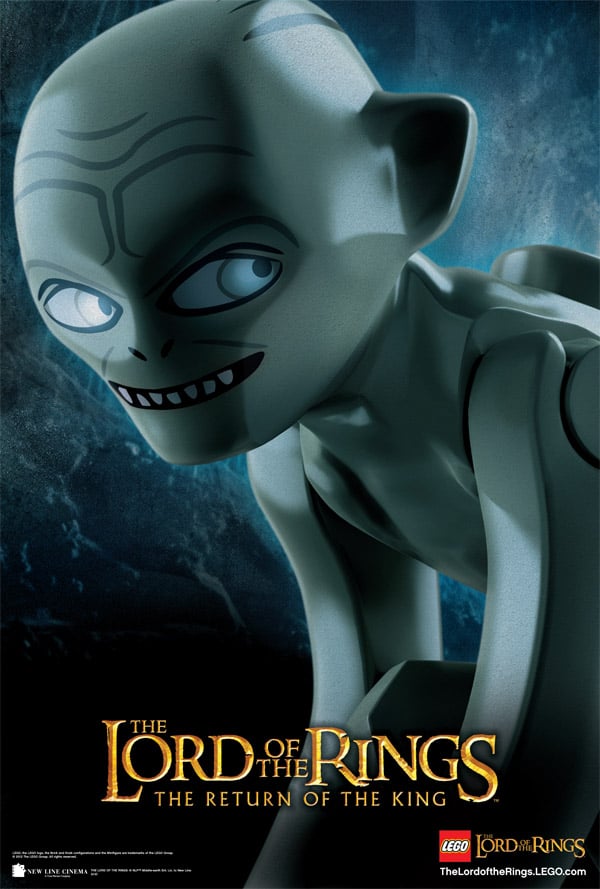 He does look a little more devious in the large poster than in the minifig version shown above, though. I’m kind of hoping the final figure looks more like the big image. There’s still no word on an official release date or the specific sets or prices, but I’ll be sure to let you know when we know more about these great new LOTR LEGO sets coming out sometime this Summer.