Karotz the Rabbit Is Screwier Than Bugs Bunny

You know, Elmer Fudd was always calling Bugs Bunny a screwy rabbit, but I think the Karotz rabbit thingy is even screwier. This little rabbit doesn’t dig holes or gnaw on carrots. Little bunny Karotz sits on your desk and acts like a voice interface for Facebook – among other things. 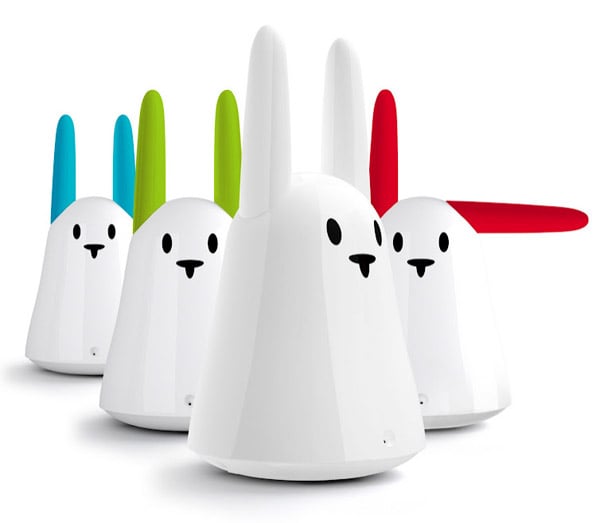 First released a few years back as the Nabaztag, and now reincarnated as Karotz, the little gadget has integrated microphone and you can speak to the rabbit, and then it will post what you say to Facebook for you. The wascally wabbit also has a camera inside and can take a picture of you to share on Facebook with your friends. In addition, an app is in the works that will also allow your friends on Facebook to take control of the rabbit and communicate with you by sending audio messages or even sending you a poke via the rabbit.

The thing will also read statuses or comments aloud to you from your Facebook profile. Karotz has voice recognition software inside and can play music for you, check e-mails, read weather reports, RSS feeds, and lots more. The device can also be made to notify you via e-mail when someone is in your home such as a child or a roommate – should they enter the room with the appropriate RFID tag on their keychain or backpack. There are also a few other apps, like one which lets you use Karotz as a remote spycam, since it has a webcam built in. 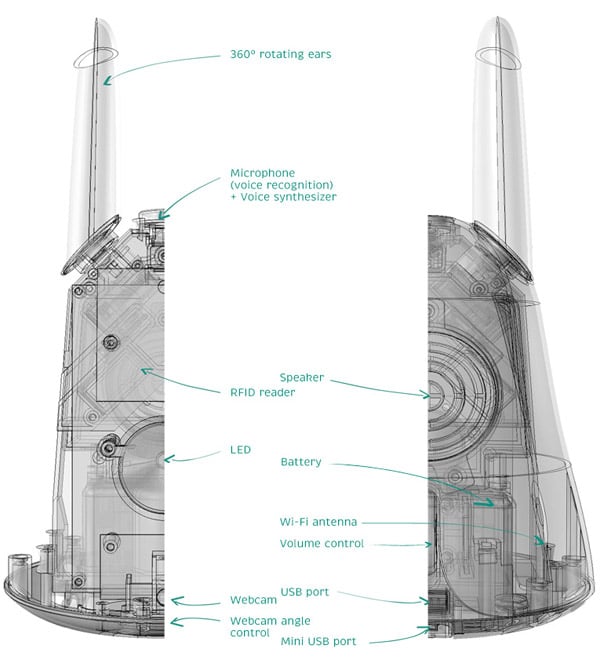 The rabbit sells for $129.99(USD) over at the Karotz website and from other retailers.