These woudn’t be the first lightsaber lamps that I’ve come across over the years. As a matter of fact, they’re not even the first lightsaber table lamps I’ve seen. But what’s cool about these ones is that they really look like the actual lightsabers from the movies, not some cheap plastic replicas. 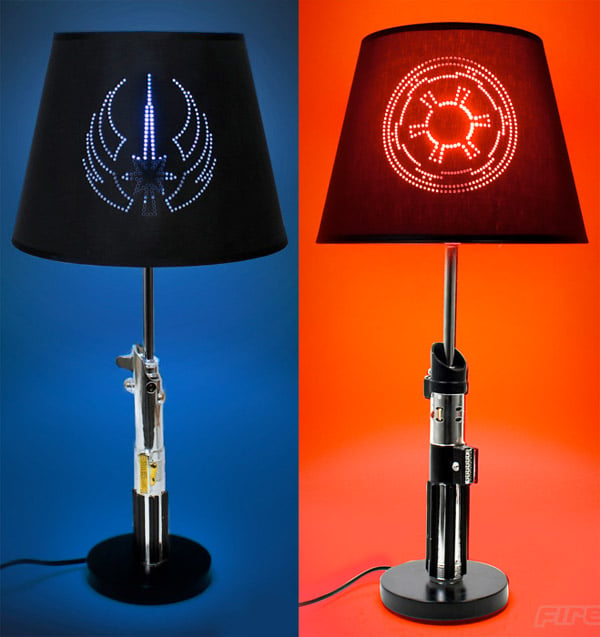 The base of each of these 26 inch-tall lamps is a perfect replica of either the lightsaber donned by Anakin Skywalker, or the one Darth Vader later carried. The Anakin design features the symbol of the Jedi Knights on it, while the Vader one has the Empire’s seal. Both project the pattern onto the wall surrounding the shade, which makes for a cool effect too. Of course, you’ll want to go with a blue bulb for the Jedi, and a red bulb for the Empire.

You can find both the Anakin and Darth Vader lightsaber lamps from Firebox, where they’re available for pre-order now for about $110(USD) . They expect to ship in “8+” weeks, which could mean you’ll have one by April, or it could mean 100 years from now. Also, since they’re being sold in the UK, you’ll probably need to swap out the power cord or go with a power-converter to use them outside of England.