One reason why some alleys or street corners stink so badly is because some people pee on them. (Okay, so dogs also pee anywhere they want to, but humans should know better.) Aside from the stink, it’s also very unsightly. 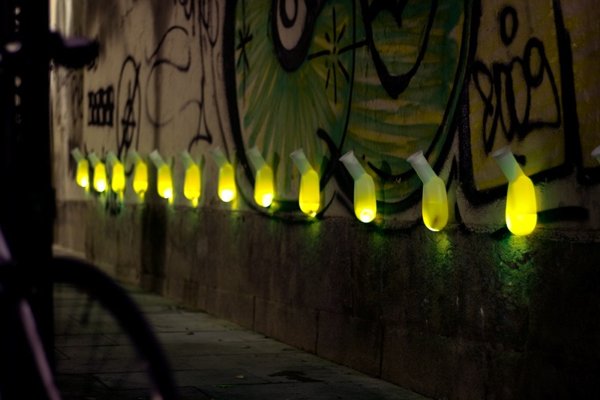 In a clever way of protesting this, Spanish street art collective Luzinterruptus set up eighty of these illuminated, micro toilets at the Plaza de San Ildefonso in downtown Madrid. Each micro toilet was filled with a yellow liquid (for obvious reasons, they didn’t use urine) and attached with a LED light. 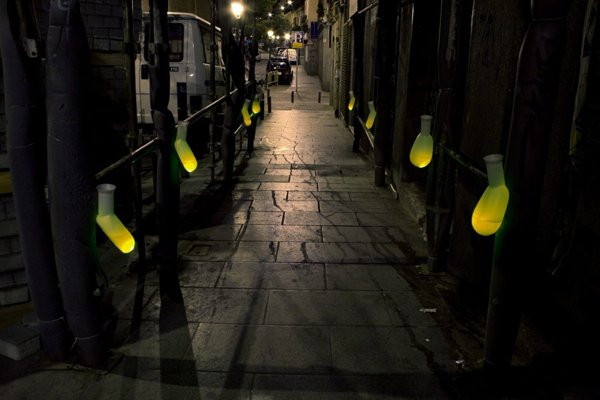 Luzinterruptus explained the reason for their art intervention: “During the day and at night time, people urinate anywhere in the streets without any embarrassment. They just walk along, turn round, zip down and, even in crowded places, seen by passers-by, let go. Through our installation, public toilets, we have tried to attract attention -in a comical manner- about the problem we encounter when walking in centric streets and squares.”

At first glance, the plastic urinals they used look like oddly shaped socks for people with giant feet. But they’re actually plastic containers that are used for male patients to urinate into at hospitals. Who knew?