Seeing this image brings a warm fuzzy feeling to my heart. It almost… almost… makes up for those crappy prequels. No, not really. But it does feel good to see this idiot Gungan frozen and hanging on somebody’s wall. 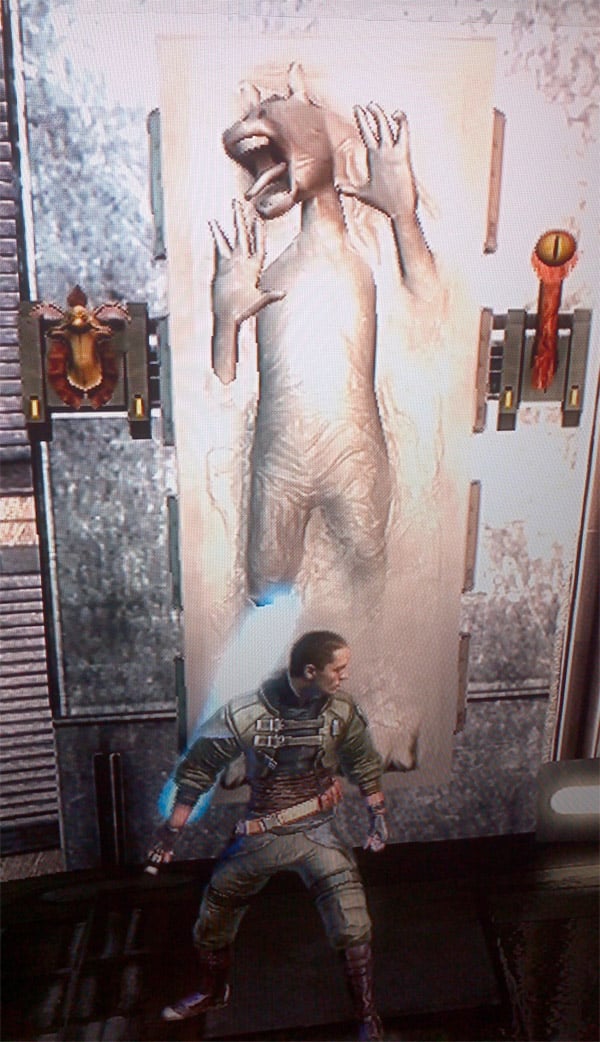 At least he won’t be slipping on banana peels, getting his tongue caught in things and saying stupid things. If I had the money, I would have taken the bounty out on him myself. I only hope that he will be frozen forever, only to be thawed out and paraded before each generation so that they can know the true horror of Jar Jar Binks and so that others can learn from Lucas’ Jerry Lewis/Frankenstein/racial stereotype mistake of a character.

Oh sorry. I guess I digress. This is Jar Jar Binks in carbonite, as seen in the trophy room on the Imperial Kashykk level in the Force Unleashed game. It’s awesome, and the game’s developers should win a Game of the Year Award just for sneaking it in.