Most independent projects that use the Kinect are not related to video games, so I was thrilled when I read about Theo Watson, who was able to make a Kinect game in just 3 hours. Unfortunately I’m pretty sure no publisher in his right mind will release it, because Watson’s game is virtual Russian Roulette. 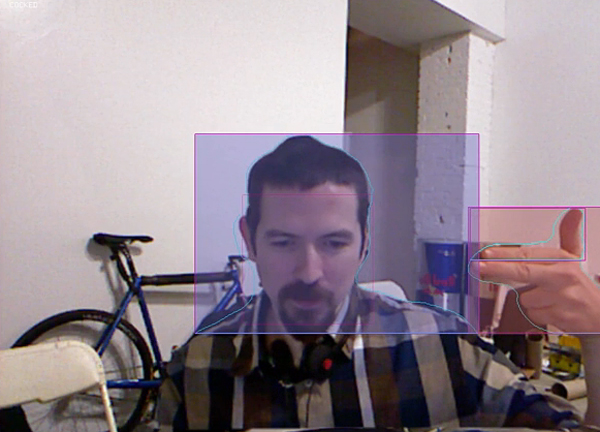 Watson made the game using openFrameworks 007 and ofxKinect. As you can see in the screenshot above, Watson’s game uses the player’s hand as the revolver. The controls are simple – make a gun gesture with your hand, point it to your head and then move your thumb downwards to shoot. There is a one in eight chance that the gun will go off. Watch Watson’s demo to see what happens if you’re unlucky:

It could be a fun mini-game if it wasn’t so wrong. Watson said he’ll post his game’s source code soon, so if you want to take a chance without taking a chance, keep an eye on his blog for updates.