Apple has revolutionized the way we compute, and the way we listen to music. They’ve also, unfortunately, revolutionized how much money I pay for my music, and how much time I waste on the Facebook app. Through innovations like the iPhone, the iPad, and the MacBook, this company has given us more than a few nifty gadgets to play with. But why haven’t they expanded their market even further? Why haven’t they made the first smart camera? Why haven’t they designed robotic domestic partners that match your desires perfectly? (Forget the camera concept – designers, there is a huge market for perfect wives. HUGE.) The Apple QuickTake Camera Concept offers up an idea of what an Apple camera might look like. 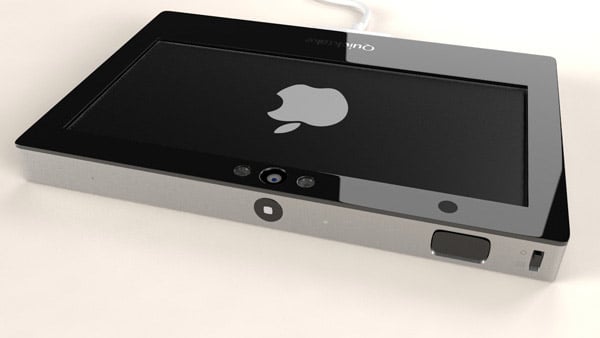 Now, I know a bunch of you tech geeks are going to comment in the comment section about how this idea doesn’t make business sense, since the iPhone is already Apple’s camera, and that there’s no need to create a product that is solely a camera when you can have a phone and a camera in the same device. I have recognized your side, and I may even agree with it – but the Apple QuickTake Camera Concept is cool nonetheless. Take it for what it is: a concept. And don’t take my ice cream at all, because then I’ll RAGE.

Designer Josephy Dumary’s Apple QuickTake Camera Concept has some pretty unrealistic specifications, but I’m sure that if Apple were to make a camera, the capabilities would be pretty high. 32 MP photos? Seems a bit unreasonable to me – besides, nobody really needs that much definition – we stopped reading dictionaries years ago. Also, most people just keep their photos on the computer and don’t print them, so they don’t need crazy resolutions. 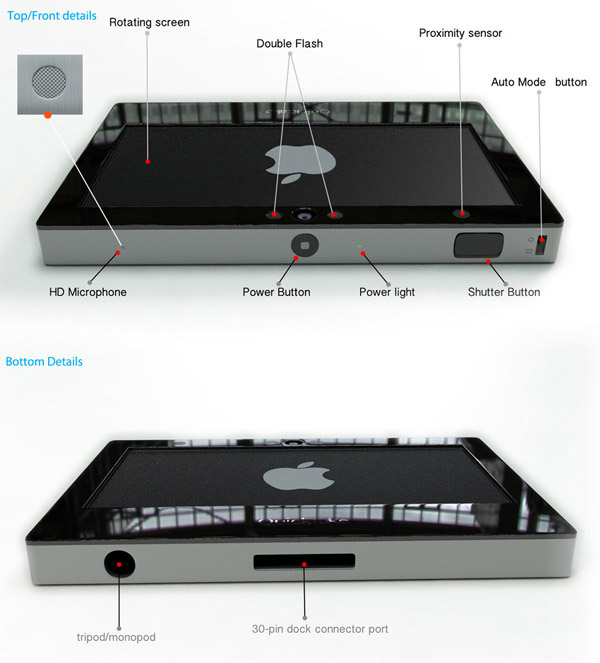 The concept also has a rather frivolous 360-degree swiveling feature that would only serve to have children break your expensive camera because they’re spinning it like a toy. The automatic red eye removal is a neat idea though, as are the possibilities with Wi-Fi capabilities, automatic syncing, and on-screen photo editing. There’s a lot that Apple could do with a concept like this – and why not? They’d profit off of fanboys who buy anything produced by Apple regardless of whether or not they really need it, so I’d say it’s a safe venture. Plus, they should start an Apple clothing line before I have to EVER go back into Abercrombie and have my brains blown out by their loud alternative music. 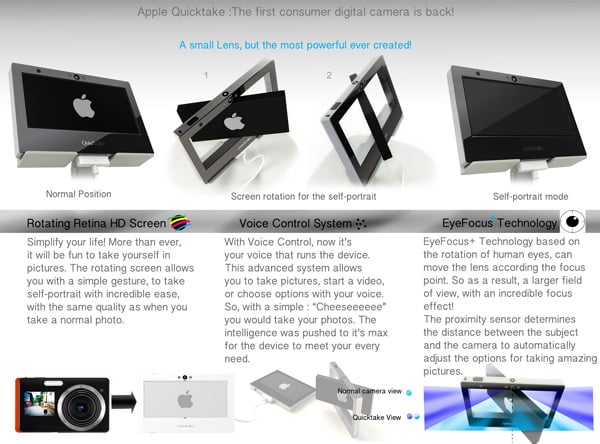 If you were able to take a pinch of happiness from this geeky concept, you’ll want to check out other cool concepts like the Apple Hairband Headphone Concept and the Off Door Handle Concept.