NASA Video Shows the Dark Side of the Moon 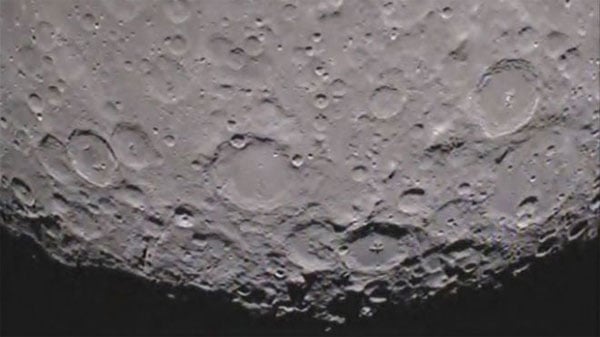 The video was released this week but was actually filmed back in January. It begins in an impact basin known as Mare Orientale. That impact basin is massive at 560 miles wide. To capture the footage, NASA used one of the Grail spacecraft and the camera it’s equipped with called the MoonKAM.

The coolest thing about that camera is that NASA will allow students on earth to snap pictures the lunar surface as part of a project for education. MoonKAM is the first camera ever sent on a NASA probe that is completely dedicated to educational use. Camera control will be given to Middle School students starting in March.

You can check out the video above ore on the official NASA page here.