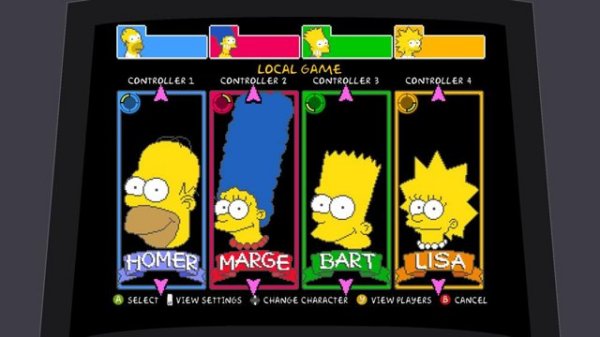 That means that you can experience this Simpsons fun on your XBox 360 for 800 Microsoft points. At least you won’t be popping in a quarter every time you play. Up to four players can play at once and it should be just as fun now as it was back then.

The idea is that you are chasing Smithers and Mr. Burns to save Maggie as you battle through eight familiar Springfield locations. Are you guys going to buy this one? Let us know in the comments.