The appeal of poop is in the eye of the beholder – after considering, of course, where it came from. For example, you wouldn’t willingly drink something that had something to do with human poop, but you might drink some tea that’s been fertilized with panda poop, right? Or not. 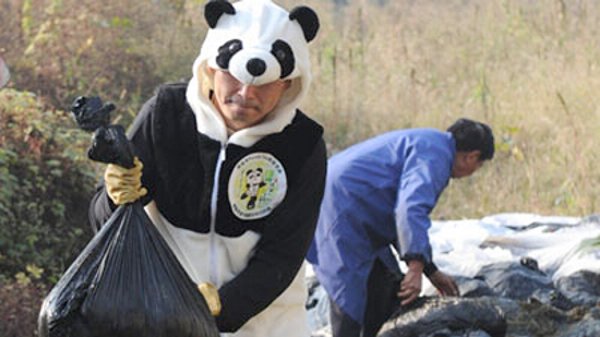 If you’re open to the idea, though, then you might be interested in this bit of news. There’s this Chinese entrepreneur named Yanshi An, who will be selling tea fertilized with panda poop very, very soon. The notable thing is that he used to be a teacher of calligraphy at Sichuan University.

He recently bought over eleven tons of excrement from a panda-breeding center to use on his tea, which he hopes to harvest this coming spring. And he’s extremely excited about his Panda poop tea project, too. That’s probably because of the price. A kilo (about 2.2 pounds) of the tea is projected to be priced at more than US$77,000, but that’s only for the first batch. Future batches will be priced lower at around $3,000, since they’re considered to be a more “inferior” batch, as the poop won’t be as fresh anymore (but then, it really is panda poop ever really “fresh?”)