Giant Scrabble Board Still Guaranteed to Give You All Vowels

Being a tech geek, you’ll more often find me playing video games than board games, but that doesn’t mean I don’t still enjoy a good old game of Scrabble. Sure, you won’t be playing with someone across the globe, like with Words with Friends, but at least you get to play with some actual wooden tiles. If you’re really into Scrabble, and also happen to have deep pockets, here’s something you’ll want to consider. 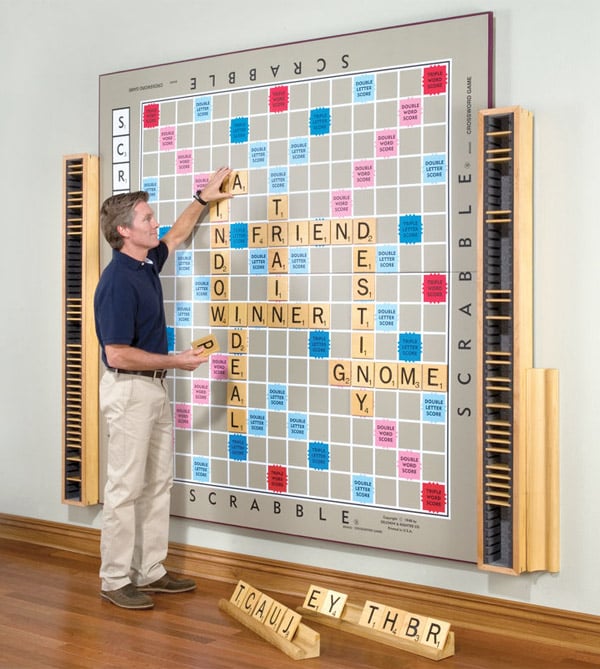 What you’re staring at here is a giant Scrabble board, which measures in at nearly 49 square feet. It’s made by artist John Kahn, using Russian birch plywood, covered with galvanized steel and vinyl game graphics. Each one of the game’s 100 tiles is made from wood with a strong magnet inside, and measures a whopping 4-3/8″ square. The board also comes with two wall-mounted tile holders, and a pair of tile racks for game play – though it would have been nice for them to include two more – in case you want to play a four-player game.

Only nine of this gigantic Scrabble set are being made, and with a price tag of $12,000(USD), I can’t imagine they’ll all be snapped up quickly. But if you have enough enough capital to afford one, you can check it out over at Hammacher Schlemmer now.