Remember that retro looking Space Invaders clock we told you about last year? It was pretty cool by itself, but now it has become even more functional. Designer Grant Gibson turned his into an awesome Gmail notifier. 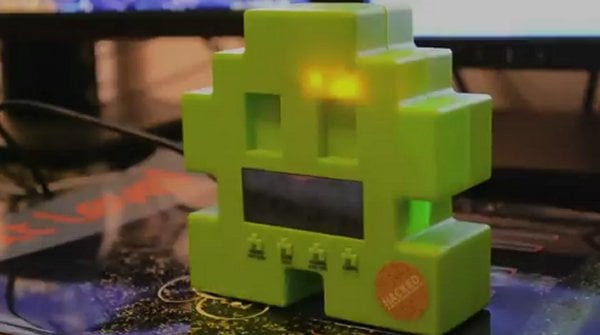 He pulled out the battery pack and put an Arduino Nano inside as well as some other parts. His genius has converted the clock into an email notifier. Whenever he gets an email, the clock moves from side to side, playing the Space Invaders music.

Check out the video. I love the way this thing moves and lights up. This is a hack that any Invaders nerd will want to do, but only a few of us will ever answer the call. Grant Gibson, we salute you.