The Nike Sole was designed to fit on Össur’s Flex-Run prosthetic running blade, which is used by competitive amputee athletes. That being said, I wonder if future robots will be using this technology to outrun their human prey? 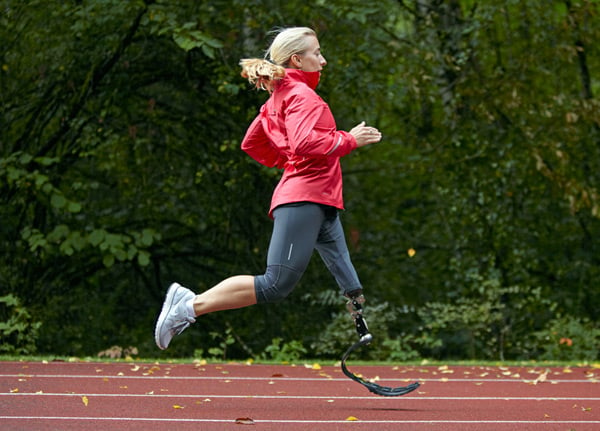 Nike developed this with world-record holding amputee triathlete Sarah Reinertsen and Össur. The sole has a stacked design and uses a stretch rubber leash over a rubber waffle outsole. Nike used ‘regrind‘ materials salvaged from reused shoes, a polyurethane foam midsole that was topped by a thermal plastic, which was made from recycled air bags. 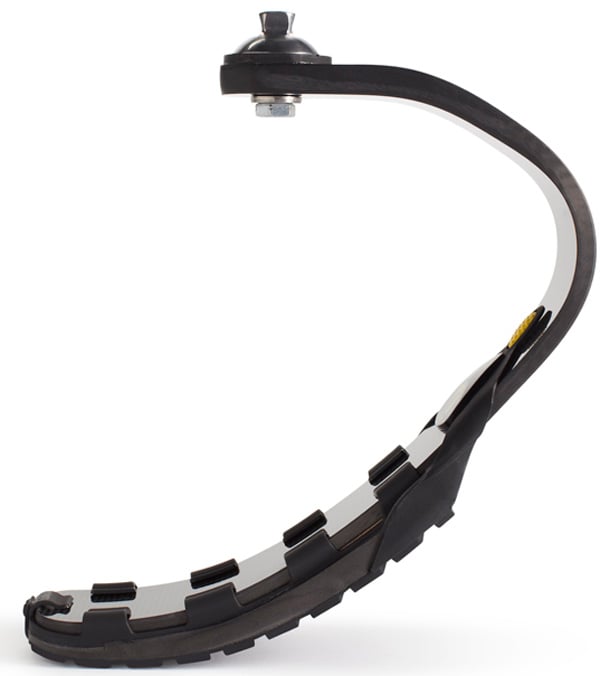 Plastic tabs lock the sole in place. Reinertsen tested the prototypes and worked with the design team to develop this incredible high-performance running solution.

Seriously though, I wonder when, if not already, amputee runners will be able to run faster than able-bodied ones. 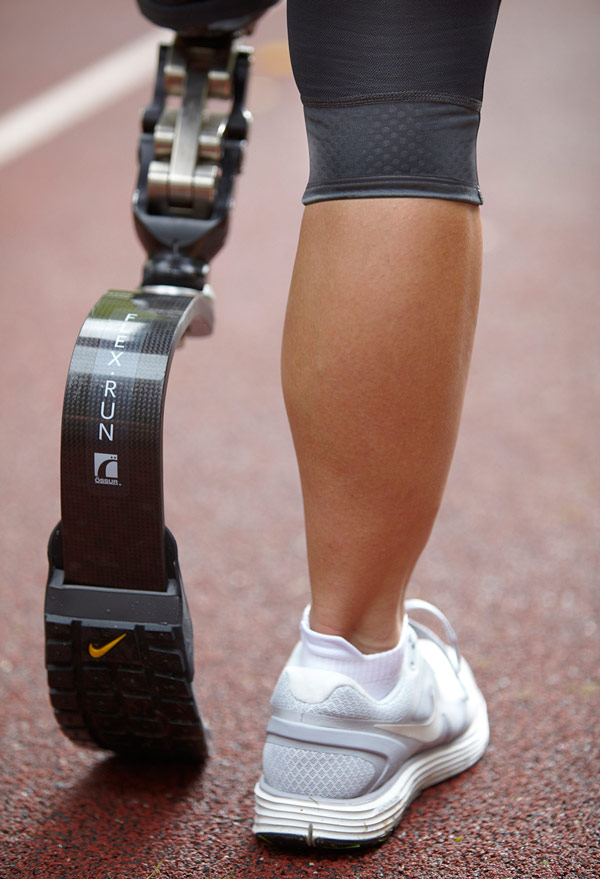