Batteries suck. You have to have the right kind for your device, they have to be charged and they are prone to failure way too often. Forget batteries. What we need is a robot that can generate power by eating leaves and dirt, maybe even urine and feces, since humanity has those in spades. 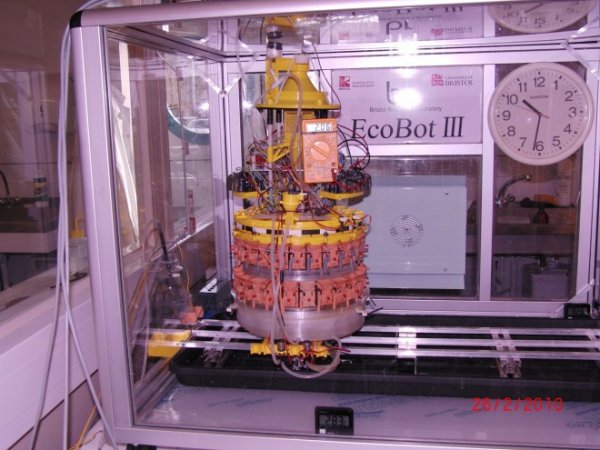 The Ecobot-III does just that, plus it can poop itself. So, that’s more poop for the planet. Ecobot-I had an E. Coli engine that ran on refined sugar and Ecobot-II had sludge microbe engine that ate stuff like dead flies and prawn shells. The only problem was that they could not eject waste. They just kept cramming in new batteries until there was no room. You might say they became the world’s first constipated robots.

This third version can collect its own food and water and poop in a litter tray, which should prolong it’s life, but I guess someone has to change that tray now and again like changing a diaper. Ecobot is being funded by the Bill and Melinda Gates Foundation, who, coincidentally have also invested in the creation of some shiny new toilets.

[via Scientific American via Geekosystem]