Steampunk Telephone: 1890 Called, They Want Their Phone Back

If you have an aversion to modern technology and it’s lack of style and sophistication, then check out this Victorian era replica phone. It should go perfectly with your other Steampunk decor. 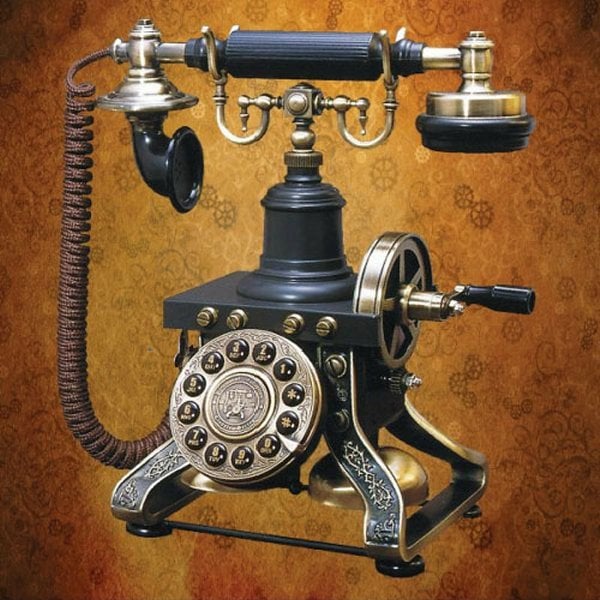 It’s a replica of an 1892 L.M. Ericsson model, but the rotary dial has been changed to push-buttons, with the center being a dedicated redial button. And even though it isn’t necessary, the magneto generator crank really turns. The cord even resembles that fabric-covered material they used to use for power cords on old devices.

At $110(USD) it might also be a good gift for your grandparents, who likely have trouble with the way modern phones look anyway. It’s pricey, but you are really paying for that old time style. Find it at Museum Replicas.