Think You Have The Most Expensive Picture? Think Again

How much is a single picture worth? 1000 words? 100 dollars? If you think your picture is more valuable than any other image on the planet, then you might want to head on over to The Most Expensive Picture (TMEP) to make it official. 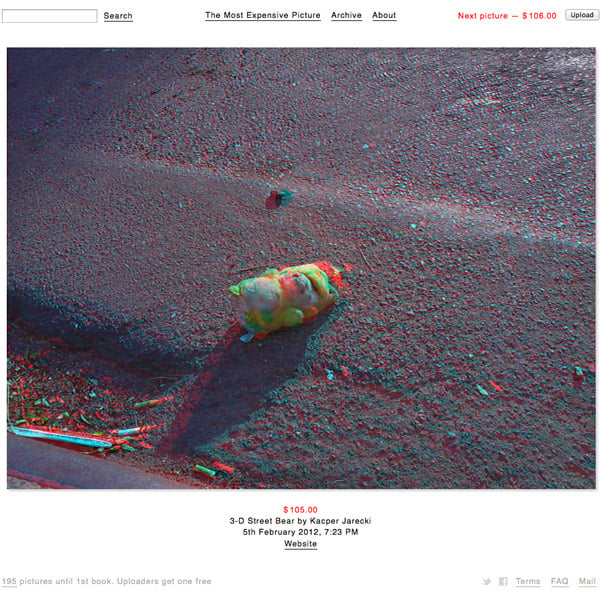 The premise of the site is simple: if you’re willing to shell out one more dollar than the previous person who uploaded the most recent picture on the site, then you can upload your photo and have have it featured on the main page until the next person with deeper pockets comes along. The first image was uploaded for $1, the second at $2, and so on and so forth. 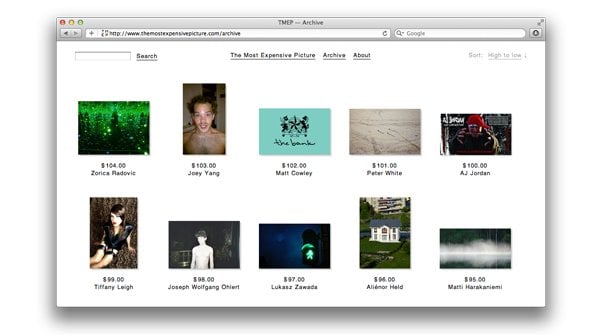 The site itself is an art project that was conceived and launched by Sebas­tian Stadler, Stefan Jan­dl, and Carlo Jörges. The first 300 photos submitted on the site will be published in a catalog that all the photo submitters will receive. And in case you were wondering, all of the money collected from the site will go into producing that catalog and into new TMEP projects to get the submitted images noticed.

As of this writing, there have already been 105 photos submitted. The site was launched in December 2011, so it might take a while before the 300-image mark will be reached.

If you think your photo is worth $106 (or more), then head on over to TMEP to submit it and have it featured.