Is This Robot the Greatest Toy in the Universe?

Jaimie Mantzel is excited about the new toy that he invented. With good reason. He even has a toy company on board to help produce his walking robot toy. He’s calling this prototype robot the “greatest toy in the universe.” Watch the video and you might even agree. 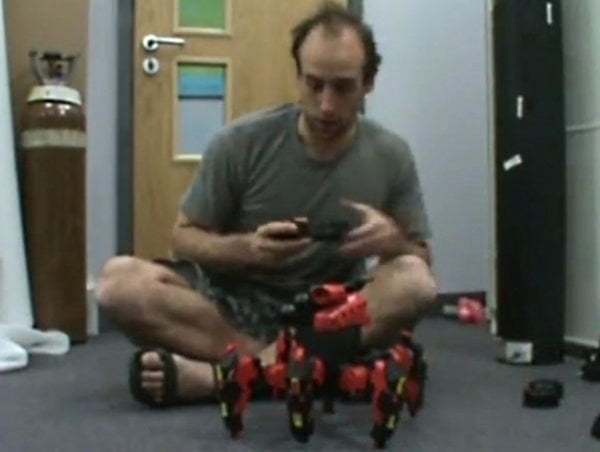 This 6-legged robot is remote controlled and the central area can be fitted with several different projectile-shooting modules. Now do I have your attention? Good. The two shown here can fire discs or ping pong balls at varying angles, achieving great distances. It looks like there is also a dart module that isn’t talked about.

That’s cool all by itself, but he has also designed two types of armor that can be clipped on to the robot. The first is to change the color scheme, the second is for battles with other robots, and when it gets hit, it flies off. This will make for some cool robot battles for sure.

You can give Jamie suggestions for a name on YouTube. You could win a free robot if he picks your name.