Get ready to assemble your Avengers motorcycle gang with this awesome Captain America Motorcycle Suit from UD Replicas. It’s officially-licensed and is a nicely detailed replica of the suit worn in Captain America: The First Avenger. 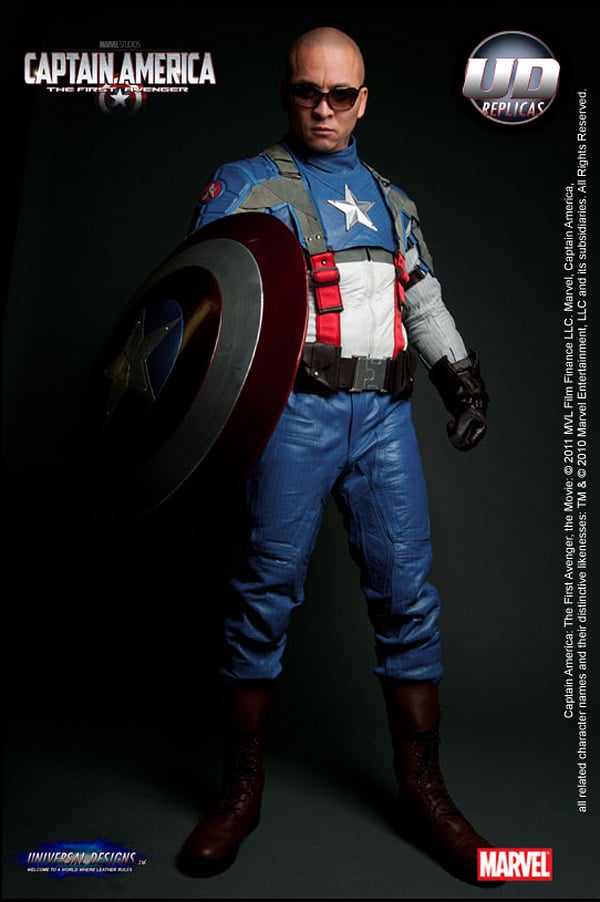 All of the pieces are leather. The gloves, boots, belt, pants, and jacket. It includes removable CE approved body armor and a spine protector, which comes in handy for crashes since you yourself are (probably) not a super soldier like Steve Rogers. 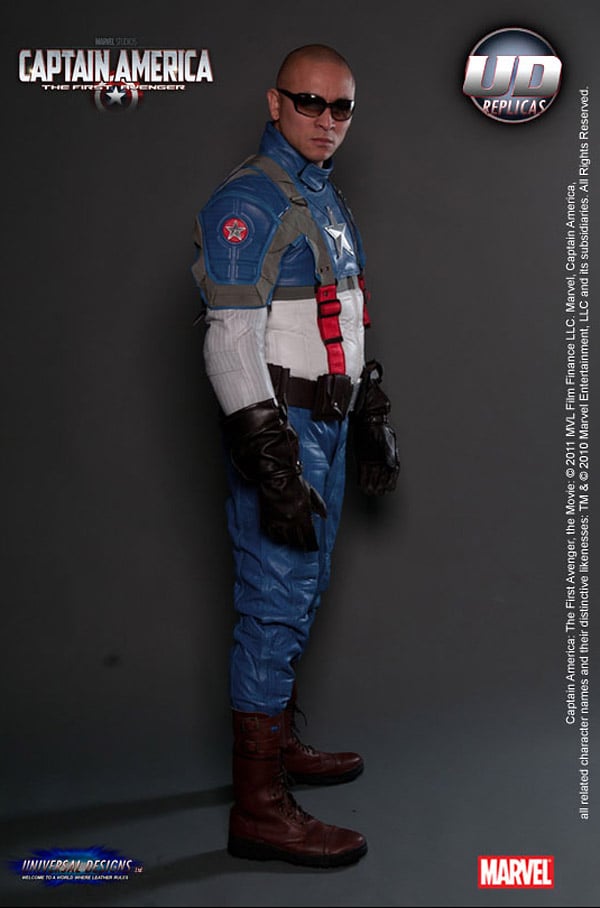 The full outfit costs $1,290(USD), and that doesn’t include the shield or a helmet – but hey, this is still a quality suit for the price. If you pre-order from UD Replicas now it should arrive in late April. This is a must for Captain America fans who cruise the open road.