All assassins worth their salt know that jumping into a cart full of hay is the quickest way to descend from a great height.  That gimmick won’t fly (or land safely) in the world of the Witcher though, as revealed by this Easter Egg in The Witcher 2: Assassins of Kings: 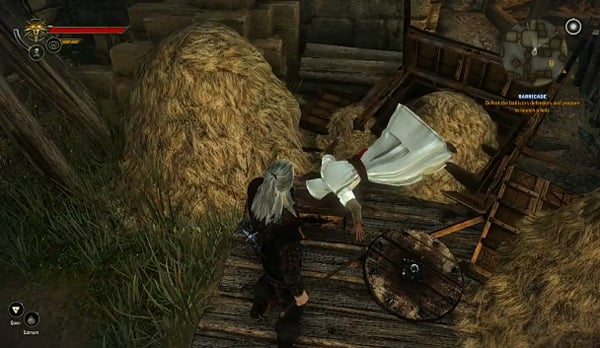 Here’s a video of the Easter Egg, uploaded by YouTuber tohtor, who says that the dead, white robed man with a red belt can be found “near the ballista at the beginning of the game.”

Oh snap! Shots fired! Will Ubisoft respond with an Easter Egg of their own in the next Assassin’s Creed? Or will they be too busy screwing customers with their DRM? Oh snap!