Bullet Train Chopsticks Speed Food into Your Mouth at 200MPH

Do you like to pick up your food with chopsticks? Me too. Heck, if I could eat soup and the milk at the bottom of my cereal bowl with them, I would. Sure, they’re’ probably not as efficient as forks, but they’re a lot more fun for exercising your manual dexterity while you chow down on your Tempura veggies and Godzilla rolls. If you’re into chopsticks, Japanese culture and high-speed trains, then you’ve just won the lottery with today’s find. 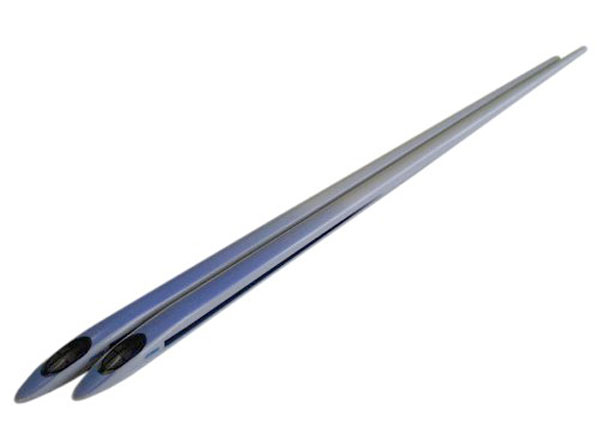 These cool Shinkansen chopsticks from Daiwa Toy [JP] are modeled after the various bullet trains in service in Japan. They’re available in a variety of styles, sure to impress the most avid fan of Japan’s wicked-fast railways. 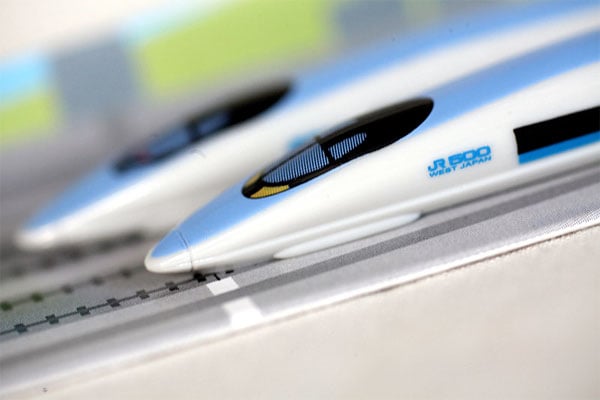 At $25.99 (USD) a pair, they’re not the world’s cheapest chopsticks, but they are officially licensed by Japan’s JR, and are bound to be collector’s items down the (rail)road. If you’re ready to eat some sushi in a hurry, you can hop on the Chopstick Express over at AudioCubes. 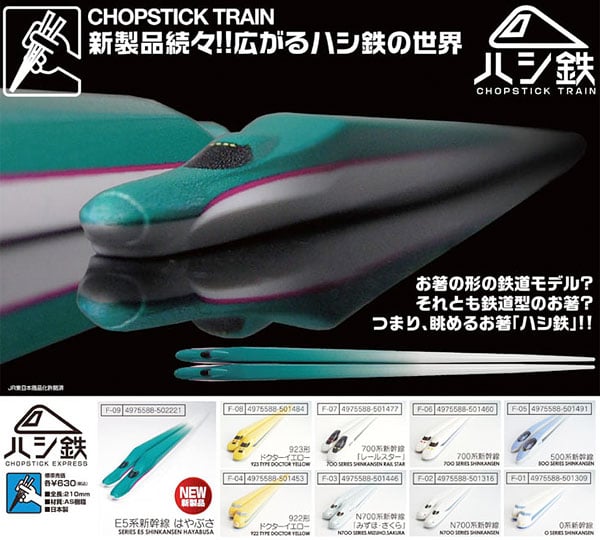