Batman fans – I just found a new toy for you to add to your collection. It’s Hasbro’s official The Dark Knight Rises Mr. Potato Head! Also known as The Dark Spud, this very special Potato head comes complete with his own Batsuit, Batcowl, Batbelt, Batcape, and Batarang. 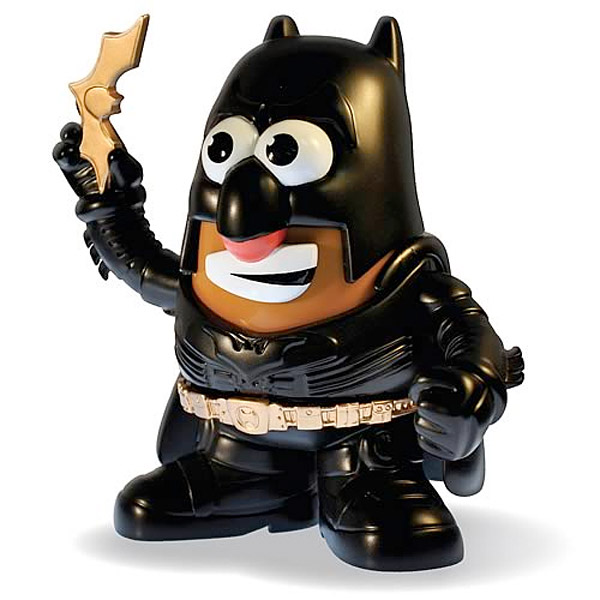 He’s also wearing a twisted smirk/smile that should scare off all evildoers that come his way. Assuming you can understand what he’s saying this time. Maybe they’ll come up with a Bane Potato Head too. I’d definitely buy that one.

Unfortunately, just like The Dark Knight Rises, you’ll have to wait until July to get your hands on The Dark Spud. But you might as well pre-order yours now over at Entertainment Earth for $17.99(USD).