Hasbro will soon launch an augmented reality laser tag blasters for the iPhone and iPod Touch. Sorry Android users, you’ll have to wait a while; Hasbro will release the complementary Android apps after they’re done with the iOS versions. Launching this August, the Nerf Lazer Tag System will make use of two blasters with a slot to mount an iPhone or iPod Touch to display “gear and remaining power” as well as the virtual laser projectiles. No word if the app will emit sound effects or if you’ll have to shout “pew pew pew” while you’re playing. 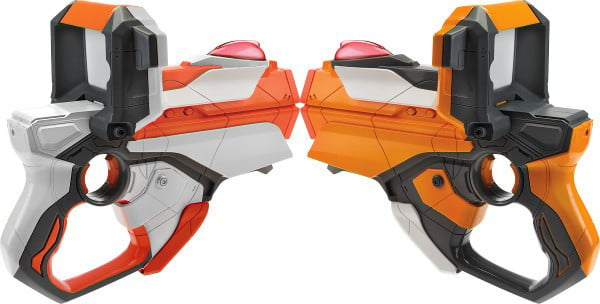 As you might have guessed, the blasters will need two things to work. Actually make that seven: six AA batteries and a free complementary app (shown below). According to Hasbro’s announcement, the Lazer Tag system will be able to detect shots fired from more than 700ft away. That range is reduced to 250ft in bright sunlight, although I’d say that’s still a generous distance to work with. The Lazer Tag system will also feature unlockable equipment and leaderboards.

The app will also have a single player mode where the user hunts and fires at virtual targets while still earning points and unlocking goodies, none of which will make up for how pathetic you’ll look when you’re playing the game on your own. 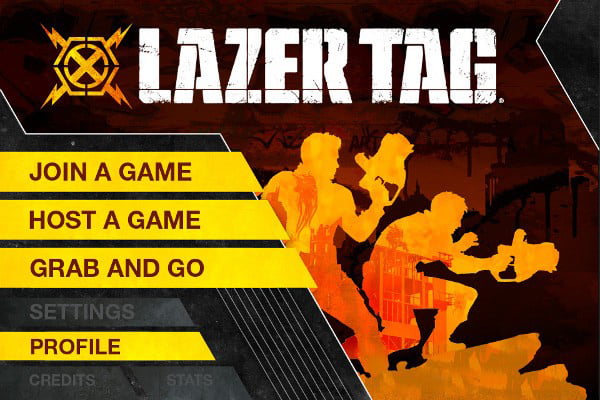 As I mentioned above, the Lazer Tag system will launch on August 1 and will be available for order from Hasbro’s online shop. The blasters will sell for $40 (USD) each, but you can also get a 2-pack for $70. Hopefully you won’t have to incur the costs of broken iPhones and friendships as well.

I have edited this post to reflect the correction and added information provided by Lazer Tag software engineer Brian “TagFerret” Farley. Brian works for Shoot the Moon, the company that holds the rights to the Lazer Tag brand name. He’s also the co-inventor of the popular Lazer Tag Ops line, so if you meet him in the battlefield I think it’s safe to say that you’re toast. Thanks Brian!