Parents worry a lot when their kids spend a lot of time on Facebook. There are online predators, scammers, and people who might be just out to hurt your kids.

Granted, these kind of people aren’t just on Facebook; they’re actually all over the web. The social network is just kind of a concern, because it’s a site that many of the younger ones frequent lately. Some go on Facebook for the connections or for the networking, but since they’re kids, you can expect them to go online a lot as well for the games. With this in the mind, the Kidsocial network geared specifically towards kids was born. 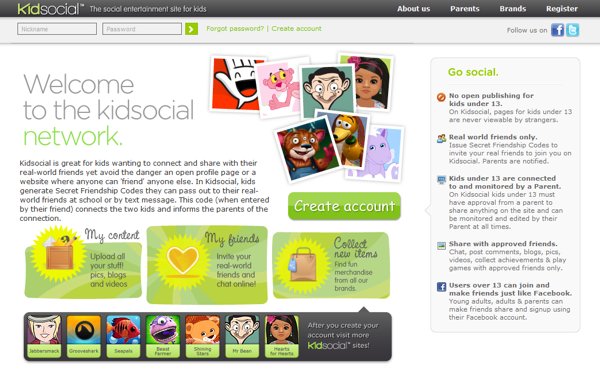 What makes it different from traditional social networks is that random people can’t just “friend” or add other people up if they don’t know each other in the real world. Kidsocial does this by generating “secret friendship codes they can pass out to their real-world friends at school or by text message.”

When the code is entered, the two kids are connected and their parents will automatically be informed about the new connection. This only applies to those under 13 years of age, though. Those who are already 13 and up can use the site just like Facebook.

Kidsocial isn’t just a social network either; it’s being branded as a social entertainment network, so you can expect a lot of media content on the site as well.