While it’s never been recommended to chuck around your precious smartphone, it looks like the new TheO Foam ball will allow you to do so, at least in a reasonable manner. While you probably won’t want to play dodgeball with your iPhone inside of it, there are specially-designed games that you can play with it. 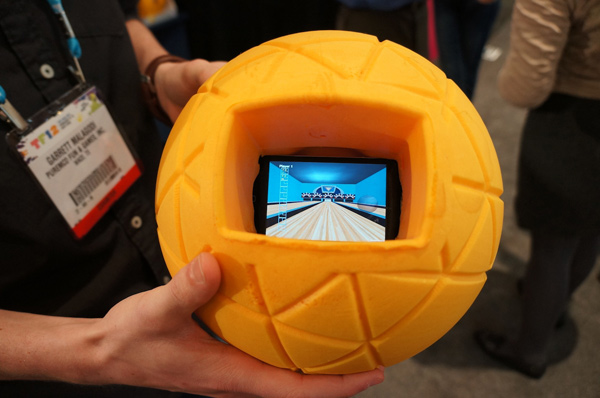 The TheO Foam ball is a thick, protective foam ball with a cutout allowing you to cradle your iPhone or Android phone inside of it. It’s designed so that you play some games with the people you know IRL, not just online. The three games that are currently available are Hot Potato, Interrogo, and Bowling. The apps all use the phone’s accelerometer to function, though it’s unclear how they provide feedback while the ball is rolling along the ground or being passed around the room.

Price and availability haven’t yet been announced, but it sounds kind of interesting. The project was initially slated for funding on Kickstarter, but was unsuccessful. From the Kickstarter page, you can deduce that it will cost at least $25 with the three apps once it’s released. 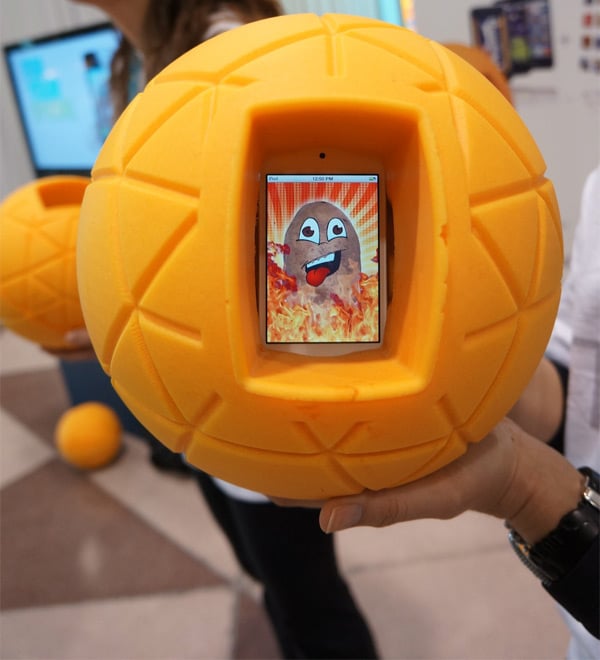