Button-friendly gaming on mobile devices will soon become more portable. While Ion Audio recently announced a variety of new controllers for iOS devices, this could be the best idea yet. ThinkGeek has unveiled the iCade 8-Bitty, a Bluetooth gamepad that will be compatible with both iOS and Android devices. It looks like a NES controller, but it has way more buttons than its ancestor, including four face buttons and two shoulder buttons. 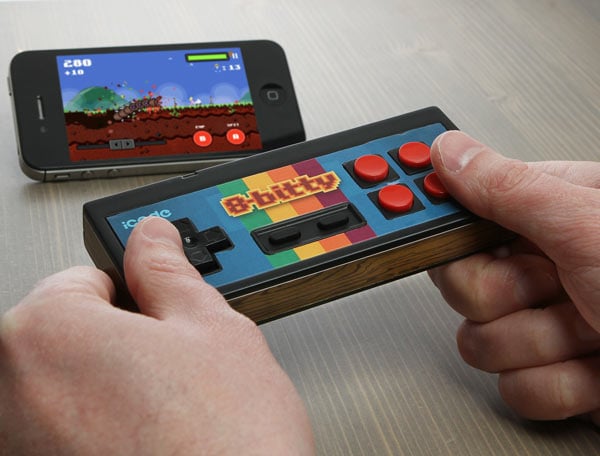 As you can see, the 8-Bitty also calls to mind pre-8-bit gaming with its faux wooden trim. Just like with the other iCade accessories, the 8-Bitty is only compatible with certain games, a roster that is growing but still disappointing. ThinkGeek also points to a couple of apps that can expand the iCade library by including MAME games. The Blutrol app is also quite promising, because it allows users to map virtual buttons to the physical buttons of iCade controllers. The problem? All of these apps require you to jailbreak your iOS device. Get a clue Apple, and let these sort of apps into the App Store! 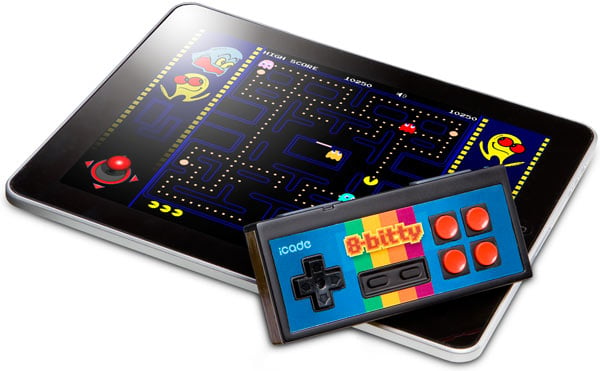 ThinkGeek hasn’t started taking orders yet for the 8-Bitty, and the gamepad still doesn’t have a release date. But if you’re interested in one, you can subscribe or just keep checking that page for availability. Developers on the other hand, instead of waiting for Apple’s support, may want to check out this open source SDK made by Stuart Carnie that enables iCade controls for iOS apps.