Mattel’s Official Back to the Future Hoverboard: But Will it Hover? 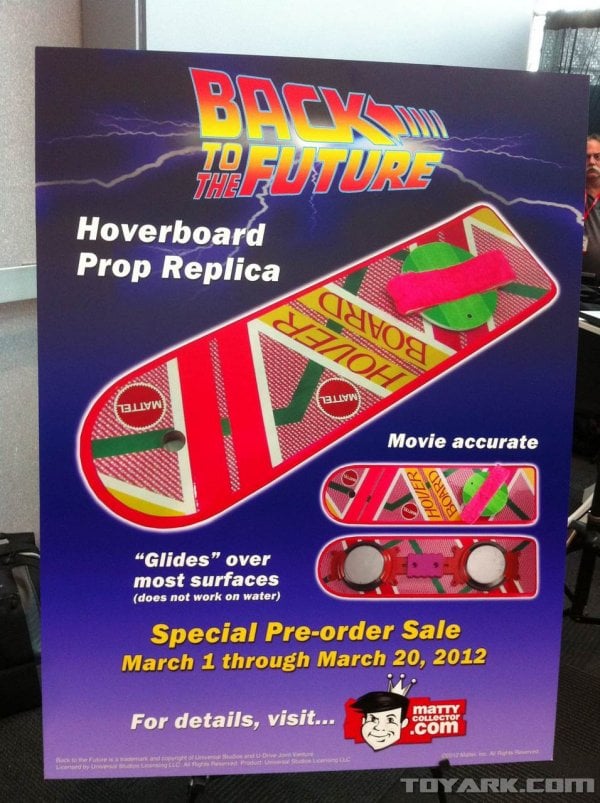 We’ve previously featured a fan-made full-scale replica of the Hoverboard, but this board is actually being licensed by Mattel. So, will it or won’t it hover? That’s all you want to know right? Well, it won’t hover, but it will glide over most surfaces (whatever that means) and have sound effects.

MattyCollector says that they will take orders from March 1 to March 20, 2012 and it will be shipped around November/December 2012. They also said that this is a high-cost item, so there will be a minimum number of orders required to go into production phase. If they don’t get the minimum number of orders, it won’t go into production and customers will not be charged. So geeks unite, and make it happen.