Yet another excellent watch design has surfaced over on the TokyoFlash Design Blog, and I have to say this is one of my favorites yet. While the V-BL47 has a sort of silly sci-fi backstory, it looks really cool, and is actually easy to read once you know the trick. 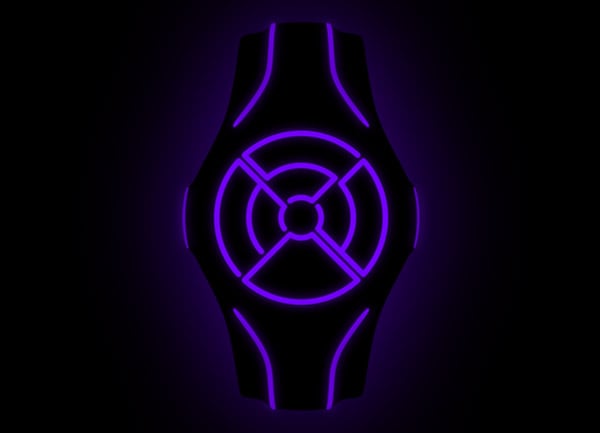 Designed as a collaborative effort between Heather Sable & Samuel Jerichow, the V-BL47 watch is supposedly based on “Blutonian technology” from a vessel which crash-landed on Earth back in 1947. Left behind in the crash was a device determined to be a Blutonian timepiece – the inspiration for this watch. Heck, Heather even says she’s half Blutonian, and her given name is Hea’thër. Sam, on the other hand, is from Germany. Whether you buy the story or just like cool watches, you’ll want to read further. 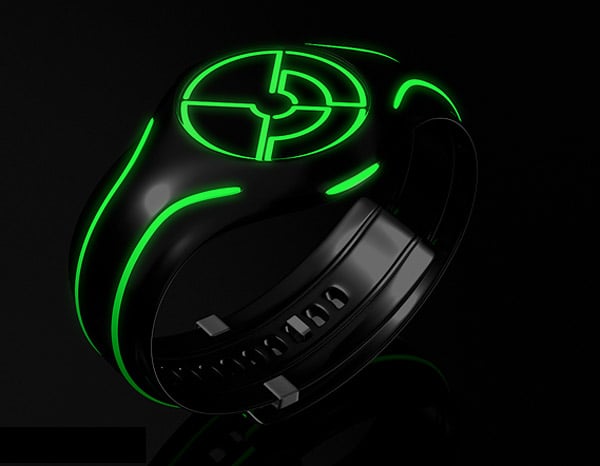 As conceived, the V-BL47 watch would use a combination of LCD and LED technology to tell time. The glowing TRON-like display would use an always-on LCD to block out the appropriate areas of the display, while the LEDs would illuminate the display from behind. Additional LEDs would provide the glowing fiber-optic-like lines on its soft black silicone strap. I wonder if some sort of electroluminescent display would better provide the brightness shown in the concept drawings though.

At first glance, you may think this is another one of those difficult to read timepieces, but it really isn’t. Check it out. Each of the four quadrants on the face of the watch simply display a digit. The digits are distorted onto polar coordinates to fill a quarter-circle, but can be easily read once you understand what they each look like. 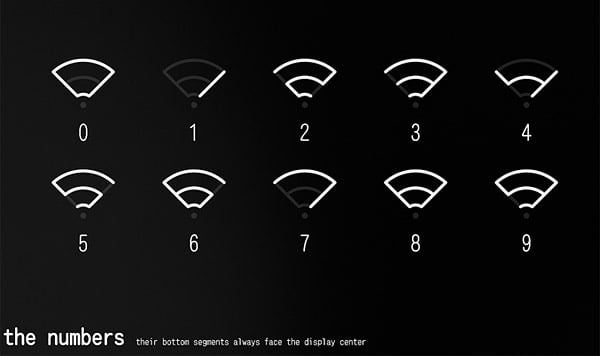 Simply read the display in a clockwise fashion, starting on the bottom, and you can easily read the time. Your friends, on the other hand, will be completely befuddled. 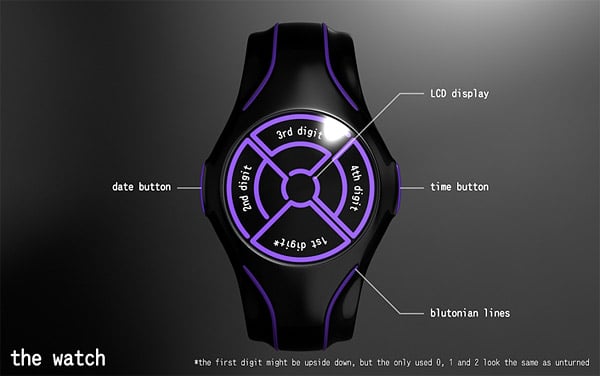 The same paradigm can be used to display day and date, and a tiny dot in the middle of the display indicates when the time is PM. Now look at the watches below and see how easy it is to read them? 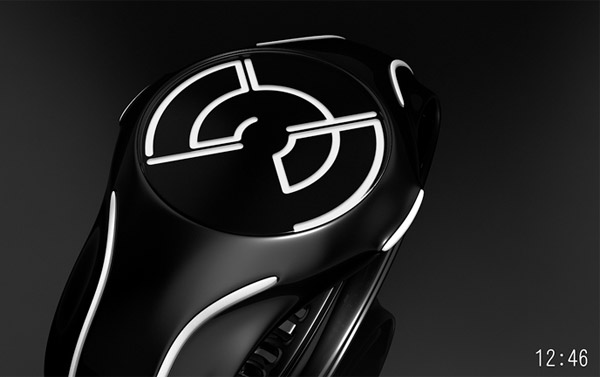 I’m sure if you wore one, you’d get used to it enough where you could tell time at a glance. 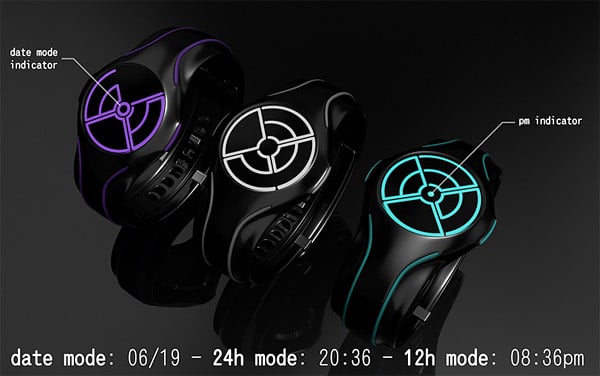 Again, the V-BL47 is still just a concept – but a very good one in my opinion. If you’d like to see the V-BL47 watch actually get produced, head on over to the Tokyoflash Design Blog now and cast your vote. I already did.