Scalado’s Remove App Cuts out Wandering Strangers from Your Photos

You know when you think you’ve just taken the perfect shot, only to view the image in your camera and realize that there are random people who managed to photobomb your picture? Annoying, isn’t it? 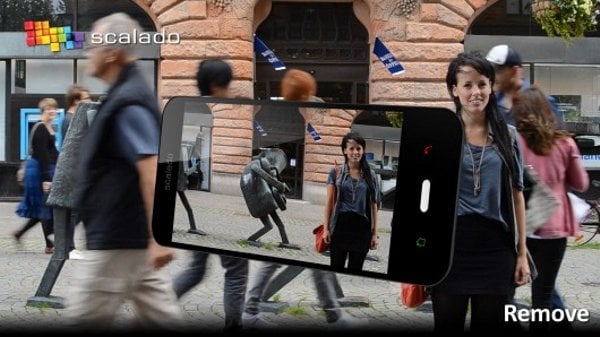 This probably happens to more people than we think, because there’s now an app that will make sure that you end up with photos that you’re happy with. It’s called Remove, and the way it works is extremely clever.

No, it doesn’t shoo away people nor will it magically fill in the background once you crop out a person or two. What it does is initially take a burst of shots in rapid succession. It then compares all the shots and identifies which subjects are moving (aka. the people to remove) and which ones are not (aka. the subject of the photos.)

The moving objects will be highlighted and presented to you in the next screen, where you’ll also be given the option to remove them. The final result is a composite photo showing just you and a distraction-less background.

It’s creator, Scalado, plans on showing off a working version at Mobile World Congress at the end of this month. Though it looks promising, Remove is still in the prototype stage, so you might have to wait a few more months before its public release.

[via New Scientist via Gizmag]