If you’ve ever been stranded somewhere with zero reception, then you’re one of the millions who will appreciate the Spray-On Antenna system that Chamtech has developed.

You might have done a little double take because of how unreal it sounds: An antenna you can spray on? 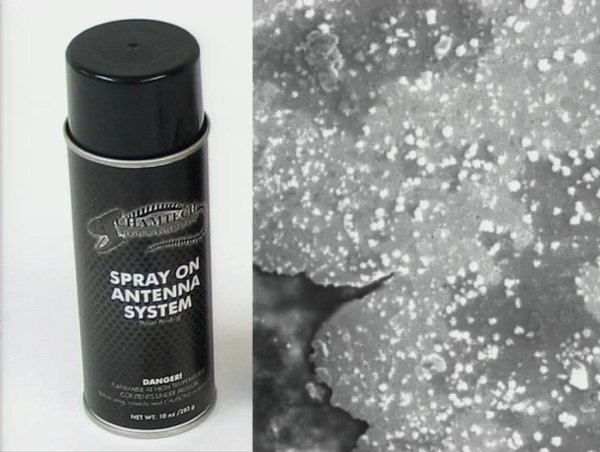 But Chamtech’s co-founder Anthony Sutera claims it might just be the solution to everyone’s bad reception woes. In the video presentation about the product, he explained: “We have come up with a material that when you spray it on, it lays out just in the right pattern and all of these little capacitors charge and discharge extremely quickly in real time and they don’t create any heat.”

For something that sounds incredibly groundbreaking, one can only wonder what could be the possible side effects of such a substance. I know I am.

[via NeoWIN via Cnet]