As one might expect from its more open and much geekier ecosystem, there are already several voice recognition apps for Android devices. But a new app promises to trump them all and even Apple’s own Siri program. Currently being made by XDA Developers member Brandall, Utter! not only understands natural language, it also interacts with the apps and settings of a device. 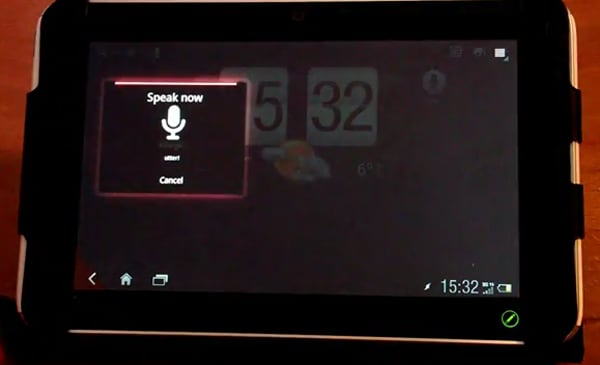 I can’t overstate how amazing this program is, especially considering its still in closed beta. The fact that it can open and use the apps and modify the settings in the tablet used in the demo below makes it infinitely more useful than Siri, which can only interact with Apple’s native apps and Wolfram Alpha. For example, in the demo video below Utter! opens Cut the Rope, adjusts the tablet’s CPU and opens the eBay app to search. And then, just to show how smart it is, Brandall intentionally froze the eBay app and repeated his eBay command. Upon detecting that the eBay app was unavailable, Utter! used the browser to search eBay’s website.

Utter! is also less talkative, but it does have a lot of things to say when prompted. For example, at about 7:15 into the video you’ll hear it’s Easter eggs, including a rather harsh remark about Siri at about 9:15. But that’s not all – at around the 18:00 mark, Brandall reveals that Utter! can actually start conversations. How’s that for high tech?

It may just be because my brain is still coagulating itself back together after being blown to bits by that demo, but I think that after touch-based interfaces, seamless and effortless interaction by voice will be the next major step for mobile devices. It’s simply more natural and faster to use. Talk to you soon Utter!

[via Phandroid via Ubergizmo]