Knuckle Blaster Doles out a Shocking Kind of Knuckle Sandwich

I attended an all-girls school, so there was none of those after-school brawls and fistfights that I heard were a common occurrence at coed or all-boys schools. Some guys “cheat” by wearing brass knuckles because it lets them pack a meaner punch. But what packs the meanest punch of all are these Knuckle Blaster Stun Guns. 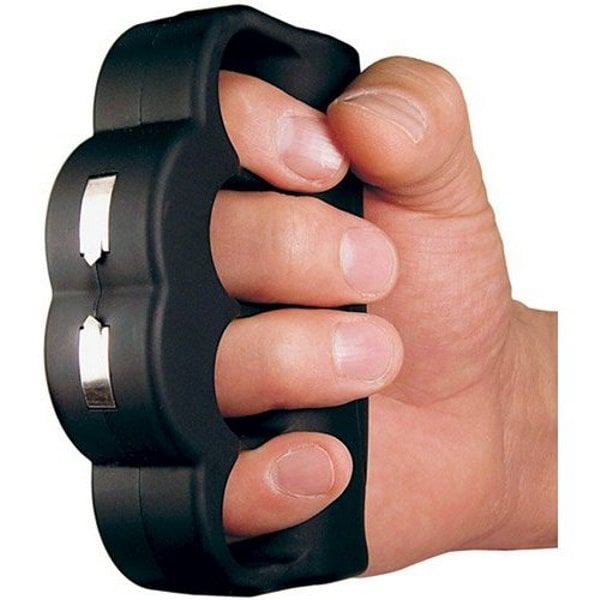 These are nothing like brass knuckles. In fact, they’re actually covered with a soft, rubber skin – totally unlike tough and hard brass. It can do way more than what the brass version can because it’s actually a stun gun in disguise, which is why it would totally be unethical to use these in fist fights.

What you can use this for, however, is self-defense – assuming it’s permitted where you live. Stun guns aren’t legal in many places. 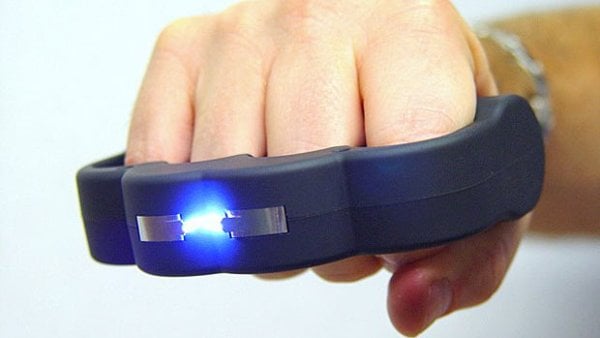 Just flip off the safety and power it up in one hand to send a whopping 950,000 volts of shocking pain throughout the crook or perpetrator. A few seconds will send them running in shock, but a longer contact time will eventually bring them to their knees.

And you thought you had a strong punch.

The Knuckle Blaster Stun Gun is available from Amazon for about $48(USD).